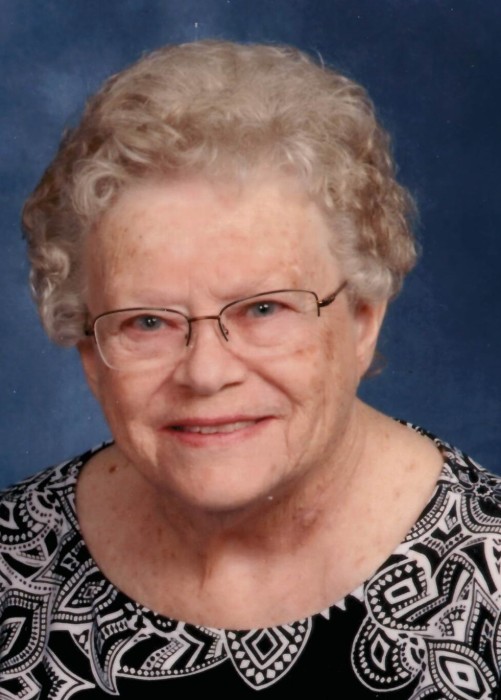 Margaret Ann Storjohann was born on February 25, 1937 in rural Lincoln, IA to her parents Edwin and Frieda (Lueth) Lohse. Margaret attended Reinbeck High School graduating with the class of 1955. Margaret was united in marriage to Harold Storjohann on June 5, 1955 at the Union Congregational United Church of Christ in Reinbeck. Harold and Margaret made their home in Grundy County. Of this marriage, three children were born, Vicki, Rick, and Jeff. Margaret worked alongside Harold on the family farm. Margaret worked hard helping with chickens, goats, sheep, pigs, cattle, horses, and a peacock.  Margaret was known for many things including her cooking and baking. Margaret enjoyed tending to her garden and canning vegetables and enjoyed spending time with friends and family and being a mother and grandmother.

To order memorial trees or send flowers to the family in memory of Margaret Storjohann, please visit our flower store.