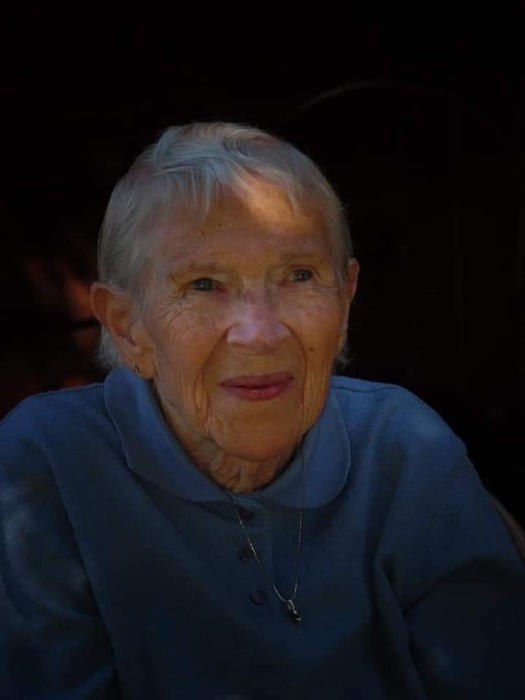 Margaret Ann Monroe, 87, of Eldora, Iowa passed away on Sunday, March 29, 2020 at her daughter’s home in Eldora. A private burial will take place at Eastlawn Memory Gardens in Eldora. Margaret's family will be hosting a public Memorial Service at 1:00 PM on September 27, 2020 at Memorial Park. The family requests any current or future floral tributes be ordered from the Vintage Poppy in Eldora.

Margaret was born on September 30, 1932 in Eldora, Iowa to her parents Ray and Merne (Johnson) Trout. She was raised in Eldora and attended high school. Upon her graduation, she attended college and then began her career as a medication aide and ward clerk at Eldora Nursing & Rehab and Estabrook Assisted Living for 36 years. Margaret was united in marriage to Eugene Monroe on December 10, 1949 at the Baptist Church parsonage in Steamboat Rock, Iowa. Together they welcomed 5 children into their family and enjoyed 54 wonderful years together until Eugene’s passing in 2004.

Margaret enjoyed raising Monarch butterflies and sharing them with family and friends. She was a volunteer for many years at the Eldora Theater. Margaret also worked at the Central Abuse hotline for 12 years. She loved camping, gardening, baking and was very fond of doing crafts. Margaret’s true joy in life came from being with her family and her beloved dogs. She will be missed and long remembered by all who knew her.

To order memorial trees or send flowers to the family in memory of Margaret Monroe, please visit our flower store.