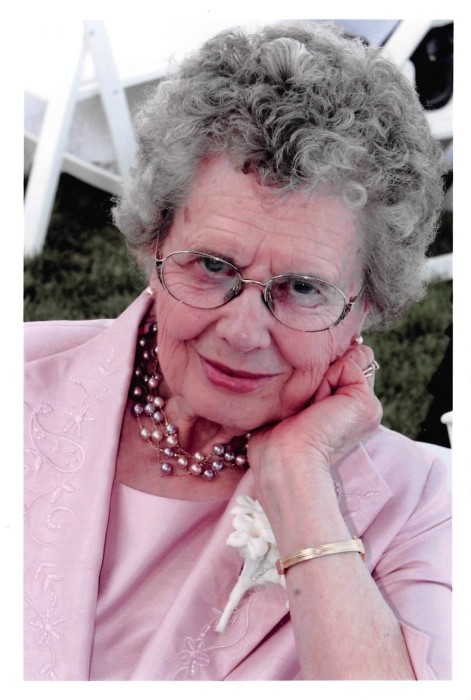 Mabel Lucille Nederhoff, 99, of Wellsburg, passed away on March 16, 2019, at Heritage Care Center in Iowa Falls while under the care of Compassus Hospice. A funeral service will be held on Tuesday, March 19, at 10:30 AM at Wellsburg Reformed Church in Wellsburg with Pastor Mike Brost officiating. Visitation will be held prior to the service starting at 9 AM. Burial will follow at Wellsburg Reformed Cemetery. Memorials may be directed to the family. Abels Funeral And Cremation Service, Doyen- Chapel is taking care of Mabel and her family. Online messages of condolences may be made at www.abelsfuneralhomes.com.

Mabel Lucille Nederhoff was born on February 28, 1920, to her parents Jurgen and Harmke (Harms) Stahl on the farm outside of Holland, IA. She attended country school and Colfax Center Church. Mabel was united in marriage to Coert C. Nederhoff on March 6, 1943. She and Coert had two children Carolin and Norman. Mabel worked as a homemaker alongside Coert on the farm, but also worked as a baker at U.N.I. for 18 years. She and Coert moved into town in 1982 from the farmstead.

Mabel had many hobbies including sewing, crocheting, cross-stitching, quilting, gardening, canning, and baking. She was known for her baking of a variety of goods and always had fresh baked bread. Mabel also enjoyed playing cards and was particularly fond of canasta. She cherished her time spent with her family, especially her grandchildren and great-grandchildren. Mabel was a member of Wellsburg Reformed Church and was a former Sunday school teacher and a member of the Bible study group

To order memorial trees or send flowers to the family in memory of Mabel Nederhoff, please visit our flower store.