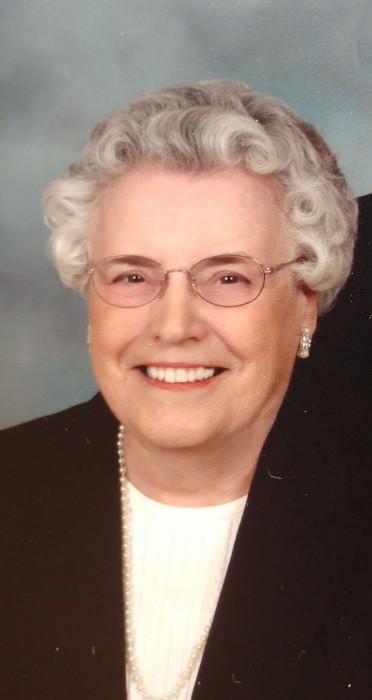 Lois was born on October 24, 1923, in Mahaska County, Iowa. She was the loving daughter of Cliff and Fern (Hatcher) Phillips. Lois attended Johnson rural school, all eight grades, and then graduated from Oskaloosa High School with a Normal training certificate. She attended William Penn College for 1 year and then later received her 2-year certificate by attending 4 years of summer school at Iowa State Teacher’s College. Several years later she graduated with her bachelor’s degree from the University of Northern Iowa. She taught country school for 4 years and then taught 1 year in New Sharon. Lois then taught 5 th grade in the Oskaloosa Public School’s for 14 years. After moving to Eldora, she again taught 5 th grade for 11 more years, retiring in 1980.

Lois was united in marriage to Harold Putnam on June 10, 1951. To this union were born a stillborn daughter, Patricia and two sons, Walter and Phillip. Together, Harold and Lois operated the Dixie Caramel Corn Shop and in 1952 they built and operated Putt’s Drive-In for 14 years, becoming known all over southern Iowa for their famous tenderloins and onion rings. In 1967, they sold their business and bought the boat & bait concession on lower and upper Pine Lakes, which they operated for 11 years.

Lois enjoyed reading, doing handwork, making many quilts, piecing by hand as well as embroidery work and playing cards. She loved outdoor sports and played tennis, golf and cross-country skiing. She was a charter member of Beta Theta Chapter of Delta Kappa Gamma, dropping her membership after years of retirement.  Lois was a member of the United Methodist Church, active in the U.M.W and through the years held many positions in the Methodist church.

To order memorial trees or send flowers to the family in memory of Lois Putnam, please visit our flower store.