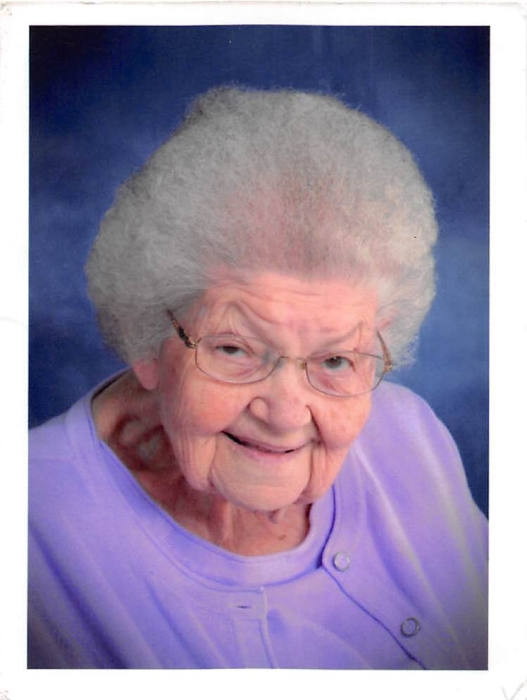 Lillian (Marks) Gast, 94, of Dike, passed away on Tuesday, January 7, 2020 at UnityPoint Health-Allen Memorial Hospital in Waterloo, following a lengthy illness. The funeral service for Lillian will be held on Saturday, January 11th at 11:00 AM at the Dike United Methodist Church in Dike with Pastor Dan Ridnouer officiating. Visitation will be held one hour prior to the service at the church. Interment will follow services at the Elmwood Cemetery in Dike. Memorials may be directed to the family. Messages of condolence may be left for the family at www.abelsfuneralhomes.com

Lillian was born on November 4, 1925, in Stout, Iowa, to her parents Luke & Henrietta (Bulthuis) Marks. She moved to Dike as a young girl. Lillian worked for many years as a waitress at the café in downtown Dike. She met Gale Gast and the two were united in marriage on June 28, 1944 at the Dike United Methodist Church Parsonage. The couple welcomed 4 children into their family.

Lillian worked mostly as a homemaker but also worked as her husband’s secretary for his business, Gast Welding. In her later years, she worked as a custodian for the Dike Post Office.

Lillian was a member of the Dike United Methodist Church. In her spare time, she enjoyed ceramics, cooking, and baking. Lillian loved flowers and raised African Violets. Lillian especially enjoyed visiting with her friends and family and in her 94 years, leaves behind a large, beloved family, and many friends who will miss her dearly.

To order memorial trees or send flowers to the family in memory of Lillian Gast, please visit our flower store.
Open