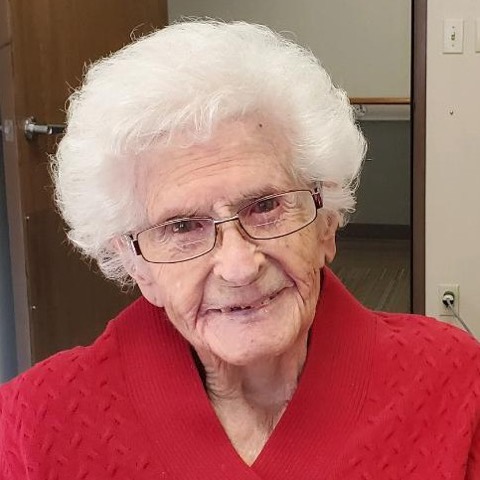 Lilajean Petersohn, 100, of Reinbeck, Iowa passed away on Sunday, June 21, 2020 at Westbrook Acres Nursing Home in Gladbrook. Visitation will be held on Friday, June 26, 2020 from 12:30 p.m. until time of funeral service at 1:30 p.m. at the United Methodist Church in Reinbeck. Burial will follow at the Reinbeck Cemetery. Memorials may be directed to Westbrook Acres or Compassus Hospice.

Lilajean was born on February 1, 1920 in Waterloo, Iowa to her parents William and Corabell (Dunbar) Fannan. She was raised and attended high school in Waterloo. She was united in marriage to Ervin Wallace Petersohn on September 28, 1940 in Waterloo. They farmed for a short time in Waverly, Iowa and then moved to Des Moines, Iowa during the war years to accommodate Ervin’s job at the munitions plant. After the war, they moved back to Waverly and continued farming for a bit until they made their home in Reinbeck. Upon Ervin’s retirement in 1973 the couple moved to Holiday Lake and in 1993 they then moved back to Reinbeck, where Ervin lived until he passed away in 2004 and Lilajean lived until 96 when she moved into Westbrook Acres, where she passed away.

Lilajean was a long-time member of the United Methodist Church in Reinbeck. She was also a member of the Methodist Women’s Club and the Rebekah’s Club. Lilajean enjoyed reading, especially westerns and mysteries, crocheting, gardening, canning and woodcarving. However, her true joy in life came from spending time with her family.

To order memorial trees or send flowers to the family in memory of Lilajean Petersohn, please visit our flower store.