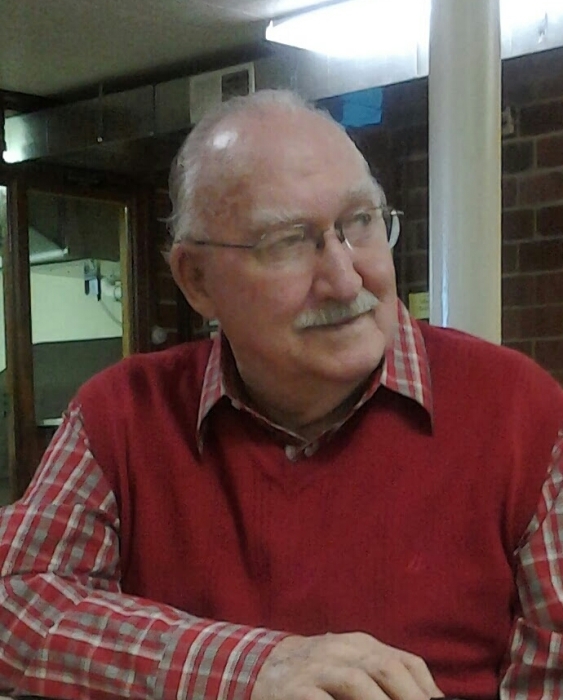 Lewis “Louie” William Harrell, 89, of Eldora, Iowa, passed away on Sunday, December 10, 2017 at Valley View Specialty Care in Eldora. Memorial visitation will be held on Friday, December 15, 2017 from 10:00 a.m. until time of memorial service at 11:00 a.m. at the Honey Creek New Providence Friends Church. Memorials may be directed to the New Providence Round House or Care Initiatives Hospice.

Louie was born on June 21, 1928 in Winterset, Iowa to his parents Cleveland & Mary (Tribby) Harrell. He was raised in Winterset and attended Winterset High School. After high school Louie worked the family farm with his father Cleveland. Louie was united in marriage to Shirley Mae Alley on July 14, 1951 in Winterset, Iowa; together they welcomed their son David & their daughter Kathy into their family. The family then moved to New Providence, Iowa in 1960 and Louie began working at Quakerdale Farms in New Providence. He was also the custodian of the New Providence Community School and drove bus for the school for many years. Louie and Shirley then moved to Forsyth, MO where he worked for the Royal Oak Charcoal Plant until his retirement.

Louie was a long-time member of the Honey Creek New Providence Friends Church where he served the church as a missionary and helped work the church farm. Louie loved fishing, coon hunting, and working in his carpentry shop. His true joy in life came from spending time with his family.

To order memorial trees or send flowers to the family in memory of Lewis "Louie" Harrell, please visit our flower store.