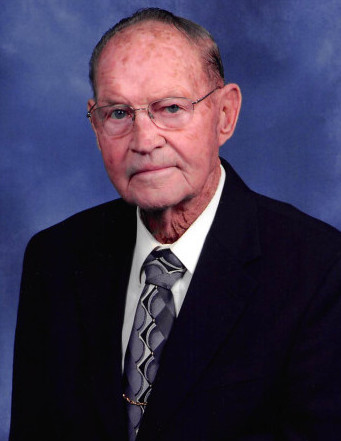 Les was born March 15, 1931, in rural Hudson, Iowa, to John and Pauline Wrage. He was a lifelong resident of Hudson, graduating from Hudson High School in 1948. On December 12, 1950, he was united in marriage to Mary Lou Kubik at the Union Congregational United Church of Christ in Reinbeck. The two went on to welcome two sons into their family. Mary Lou preceded him in death on December 17, 2014.

Les worked on the farm from 1950 to 1980 alongside Mary Lou, where they raised cows, cattle, hogs, and chickens. Mary Lou wasn’t the fondest of the chickens, so she would always offer to milk extra cows if Les would pick up the eggs. Besides farming, Les enjoyed hunting, dancing, fishing, and spending time with his friends and family. He was always thankful that his family lived so close to them so they could spend time together. In his life, Les did many things: he worked as an assessor, clerk sales for Hudson State Bank, measured government acres, and worked for Farm Service for 17 years and East Central Iowa Coop before retiring. He will be greatly missed by the friends and family he leaves behind.

Les is survived by his sons, Lynn Wrage and Kim (Cathy) Wrage, both of Hudson; 3 grandchildren, Linsey (Chris) Gregory & Jesse (Melissa Delp) Wrage of Hudson and Josie (Tim) Albrecht of West Des Moines; 3 great-grandchildren; many more beloved family and friends. He is preceded in death by his parents and wife.

To order memorial trees or send flowers to the family in memory of Lester Wrage, please visit our flower store.