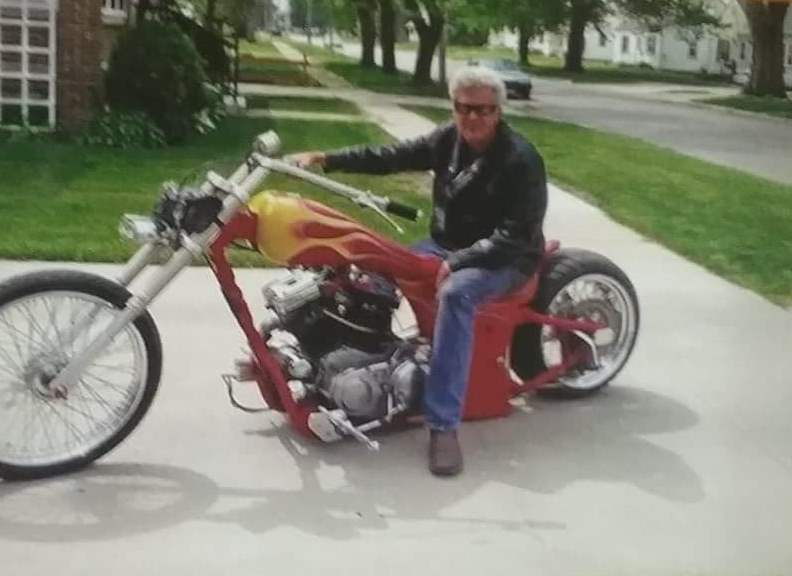 Lennie M. Phillips son of Lonnie and Marylene Harms Phillips was born on July 12, 1956 in Tuscumbia, Missouri.  He received his education in Wellsburg, Iowa, graduating from Wellsburg High School in 1975.  On May 24, 1980 he married Dixie McMartin at the Little Brown Church in Nashua, Iowa.  They had two children, Sasha and Jordan.  The couple later divorced.  On July 16, 2016 Lennie married Daisy Jones at the Steamboat Rock Boat Club in Steamboat Rock, Iowa.  The couple resided in Holland, Iowa.  Lennie was employed at John Deere in Waterloo, Iowa for 12 years until his retirement.  Lennie created a nonprofit charity ride for soldier’s benefit in which he operated for several years.  He enjoyed annual rendezvous of the Smokey Ridge Muzzleloaders in Steamboat Rock, working on Harley Davidson Motorcycles, fishing, hunting, trapping, cooking, listening to music and dancing.  Lennie also was an inventor and for the last couple of years, loved hosting Sunday night supper club with his wife Daisy at his home.

Lennie was preceded in death by his father, Lonnie and his maternal and paternal grandparents.

To order memorial trees or send flowers to the family in memory of Lennie Phillips, please visit our flower store.