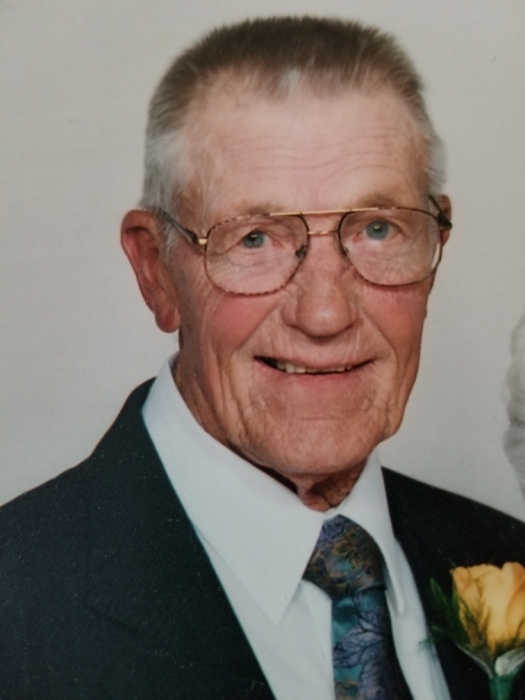 Kenneth J. Thede, 90, of Reinbeck, Iowa, passed away on the morning of Thursday, November 19, 2020 at the Grundy County Memorial Hospital with his loving family by his side.

Graveside services for Kenneth will be held at 2:00 p.m. on Friday, November 27, 2020 at the Reinbeck City Cemetery with Pastor Steve Tyykila officiating.  Due to the Covid-19 pandemic, mask’s must be worn as well as social distancing.  Memorial contributions may be directed in Kenneth’s name to his family which will be later designated elsewhere.  The family is also planning to hold a Celebration of Kenneth’s life when the conditions are able.  For further information or to send a condolence please visit www.abelsfuneralhomes.com.

Kenneth John Thede was born on July 11, 1930 in rural Hudson, Iowa, the son of John Hans and Lavera (Ladehoff) Thede.  He was raised and educated in the Grundy county school district, where he graduated from the Reinbeck High School with the class of 1948.  Following his graduation, Kenneth honorably served his country by enlisting in the United States Army from February 12, 1952 until being honorably discharged on February 12, 1954 in Fort Lewis, Washington.

Kenneth was united in marriage to the love of his life, Irma Neil on October 3, 1955 at the Presbyterian Church in Reinbeck.  From this union seven children were born: Kathy, Mike, Carol, Connie, Jerry, Jim and Craig.

Kenneth was a very hard-working man, dedicating his working career as a farmer and John Deere.  He started farming in 1956 and kept farming well into his 70’s.  Kenneth began working at John Deere in 1972 and retired in 1992.  He was a proud member of the Reinbeck Legion Post 242.  Kenneth also loved his farm life, going on tractor rides, spending quality time with his family, traveling and dancing with his lovely bride, Irma.

He is preceded in death by his parents: John and Lavera Thede; one son: Craig Thede; one grandson: Logan Thede and one brother: Loren Thede.

To order memorial trees or send flowers to the family in memory of Kenneth Thede, please visit our flower store.