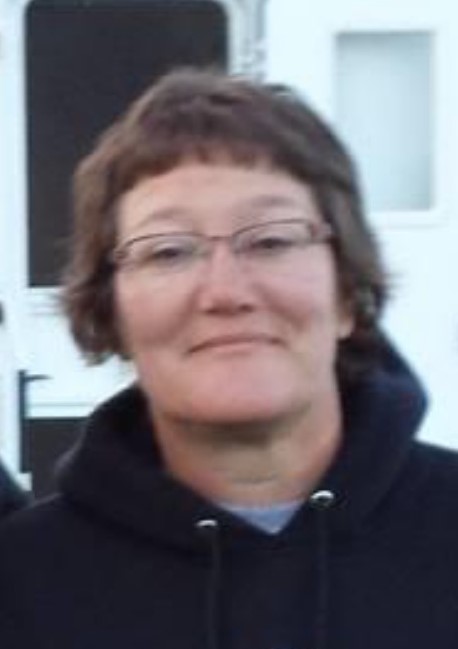 Kelli Rai Rogers, 56, of Eldora, Iowa died on Wednesday, February 10, 2021 at the University of Iowa Hospital.

Following Kelli’s wishes cremation rites have been accorded and there will be no services held at this time.  Kelli’s final wishes of helping others was granted when she was an accepted Donor.  The family is planning on having a celebration of Kelli’s life in the summer.  In lieu of flowers, memorial contributions may be directed in Kelli’s name to her family which will be later designated elsewhere.  For further information or to leave a condolence please visit www.abelsfuneralhome.com or call (641)-858-2181.  Creps-Abels Funeral Home is caring for Kelli and her family.

Kelli Rai Cranston was born on June 23, 1964 in Marshalltown, Iowa, the daughter of Gordon and Donnarae (Madison) Cranston.  She was raised and educated in the Grundy County school district where she graduated from Grundy Center High School with the class of 1982.  Following graduation, Kelli went on to obtain her bachelor’s degree at Simpson College in Indianola, Iowa.

On July 3, 1992, Kelli was united in marriage to Mike Rogers at the Little Brown Church in Nashua, Iowa.  From this union the couple was blessed with one son, Sean.  Kelli was a very hard-working woman with a heart of gold.  She loved everyone so much that even her final wishes were to be an organ donor.  Kelli was accepted by the donor network and her last wishes helped save others lives.  That is the woman who Kelli Rogers was.  She loved her job as a Social worker and working with DHS.  She worked up until the time of her passing.  Kelli had a passion for camping, bowling, Iowa Hawkeyes, reading books, watching NASCAR but most important was spending time with her family and friends.

Left to cherish her memory is her husband: Michael “Mike” Rogers; son: Sean Rogers; mother: Donnarae Cranston; brother: Larry (Dottie Rains) Cranston and all of her friends who were considered family.  She is preceded in death by her father: Gordon Cranston and her Maternal and Paternal grandparents.

To order memorial trees or send flowers to the family in memory of Kelli Rogers, please visit our flower store.