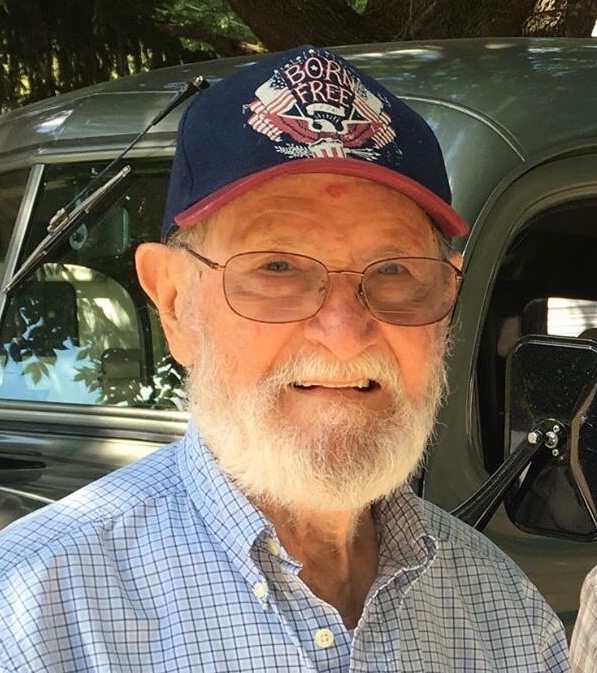 Keith Duane DeNeui, 87, passed away on Tuesday, June 25th at his daughter’s home in Ankeny, after a long battle with cancer. Services have been conducted and they were held privately by the family at the Shiloh Cemetery in Wellsburg. Abels Funeral & Cremation Service-Doyen-Chapel in Wellsburg was entrusted with arrangements.

Keith was born on June 4, 1932, in Shiloh Township, Wellsburg, Iowa, to his parents James & Gertrude (Meyer) DeNeui. He was raised on his family farm and attended school in Wellsburg, graduating in the Class of 1949. On September 15, 1951, Keith was united in marriage to Evelyn Aukes. The couple later welcomed 3 children into their family. For many years, Keith worked as an electrician and while in this career, he had the privilege of wiring the first Hogan at the San Juan Indian reservation, a very proud accomplishment for Keith. He later furthered his education and attended technical college at Weltech. He then was hired on at IBM, working as a field engineer. Keith was proud that he was able to be retired from IBM for 30 years.

He was a true traveler at heart. He was fortunate enough to be able to visit all of North America, all 50 states. When he wasn’t out traveling and exploring, he made his home in Iowa, Tucson, AZ and Bonney Lake, WA.

To order memorial trees or send flowers to the family in memory of Keith DeNeui, please visit our flower store.