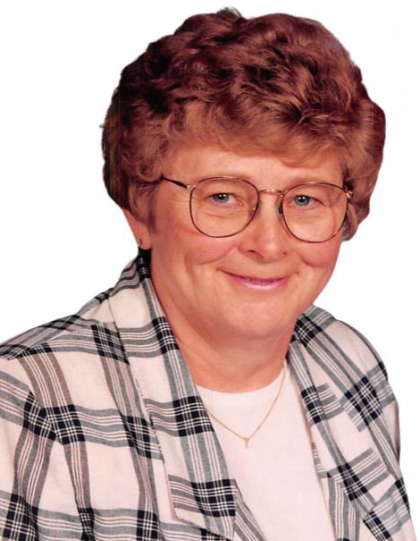 Kayleen Karol (Koch) Rouse, 83, of Grundy Center, died Wednesday, April 20, 2022, at the Grundy County Memorial Hospital. She was under the care of Cedar Valley Hospice for a long battle with Non-Alcoholic Fatty Liver Disease. Visitation will be held from 5:00 p.m. until 7:00 p.m. on Sunday, April 24, 2022, at the Abels Funeral and Cremation Service, Engelkes Chapel in Grundy Center.  A funeral service will be held at 10:30 a.m. on Monday, April 25, 2022, at the First Presbyterian Church in Grundy Center. Burial will follow at Rose Hill Cemetery in Grundy Center. A memorial fund has been established with memorials directed to First Presbyterian Church, Grundy County Memorial Hospital, Cedar Valley Hospice and Relay For Life.

Kayleen was born December 25, 1938, in Marshalltown, Iowa to William and Bernice (Primus) Koch. She attended Colfax #3 country school through the 8th grade and graduated from Wellsburg High School with the Class of ’57.  Kayleen began her college education at Wartburg College and received her teaching degree from the University of Northern Iowa. She was married to Donald Rouse on May 28,1960. Two children came from the marriage. Beth LuDean Rouse on June 15,1961 and Martin Lee Rouse on May 18, 1963.

Kayleen taught 1 year of classes in Reinbeck. In 1970 she began teaching 3rd grade at Dike Elementary. In the spring of 1991, she was forced to retire on disability due to her worsening Multiple Sclerosis. Once her MS was under control, she was able to serve on the Tri-County Headstart Board, the Ackley Presbyterian Home Board, the Joyful Noise Daycare Board, and the Relay For Life Committee. She was also active at First Presbyterian Church as a long-time choir member, bell choir member, deacon, white circle member and treasurer of the Presbyterian Women’s group.

In her spare time Kayleen enjoyed traveling with Don on motorhome deliveries and several other trips they took with family and friends. They also enjoyed spending time at Lake of the Ozarks in the summer and Mesa, AZ in the winter.

To order memorial trees or send flowers to the family in memory of Kayleen Rouse, please visit our flower store.