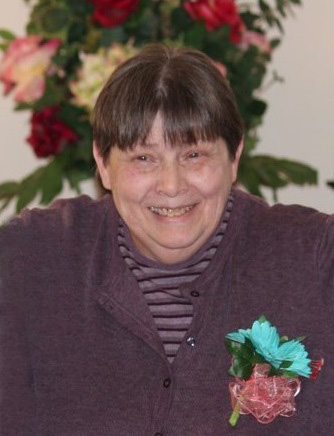 Kathy Meyer, 64, of Vinton, formerly of Reinbeck, passed away on Saturday, April 28, 2018 at Keystone Care Center in Keystone, Iowa while under the care of Compassus Hospice.  A graveside service will be held at 1:00 p.m. on Saturday, May 5, 2018 at the Reinbeck Cemetery in Reinbeck.  Memorials may be directed to the family.  French-Hand Funeral Home in Reinbeck is caring for Kathy and her family.

Kathy was born on August 2, 1953, in Grundy Center, Iowa, the daughter of Vertus and Mildred (Lovstad) Schmidt.  She grew up in Reinbeck where she received her education from the Reinbeck Public Schools.  On August 29, 1970 she married Donald James Meyer in Reinbeck, Iowa.  The couple resided in Reinbeck until moving to Texas when Don entered the Army and  later returning to Reinbeck.  The couple also lived in Walker for four years and for the past 14 years they have lived in Vinton.  Kathy worked at Pronto Market in Reinbeck for several years where she was the Assistant Manager.  Kathy and her sister Beverly then owned and operated Clothes Encounters in Reinbeck until 1992 when she and her sister Karla opened Treasures and Things also in Reinbeck.  Kathy loved animals, reading and especially loved spending time with her grandchildren.

To order memorial trees or send flowers to the family in memory of Kathy Meyer, please visit our flower store.