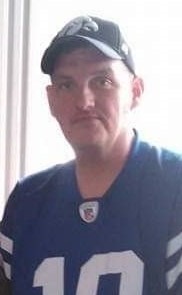 Justin Lee Redix, 40, of Wellsburg, Iowa, passed away on November 8, 2020 at the Grundy County Memorial Hospital in Grundy Center. A celebration of life will be held at a later date. Memorials may be directed to the family.

Justin was born on January 23, 1980 to his parents Russell Redix and Vicki Goebel. Justin was an avid Iowa Hawkeye and San Francisco 49ers fan. He enjoyed spending time with his kids and family.

To order memorial trees or send flowers to the family in memory of Justin Redix, please visit our flower store.