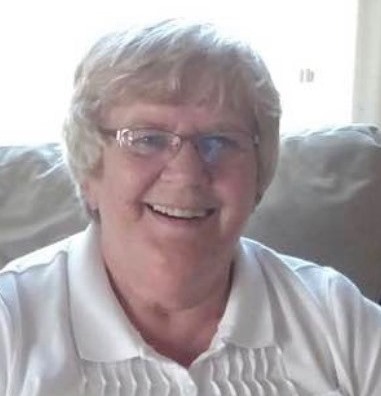 Judy A. Martin, 73, of Eldora, Iowa, passed away peacefully on Saturday, December 28, 2019 at her home in Eldora, surrounded by her family. Visitation will be held from 4:00 p.m. until 7:00 p.m. on Thursday, January 2, 2020 at Abels Funeral and Cremation Service, Creps Chapel in Eldora. A funeral service will be held at 11:00 a.m. on Friday, January 3, 2020 at the Eldora United Methodist Church in Eldora. Burial will be private. Memorials may be directed to the family.

Judy was born on August 25, 1946 in Gifford, Iowa to her parents Adrian and Jane (Wilson) Dickenson. She was raised in Gifford and graduated from Eldora High School in the class of 1964. She then began her career as an administrative assistant at the Eldora High School. She worked there for 46 years, retiring in 2010.

Judy was united in marriage to Roger W. Martin on October 18, 1969. He brought two wonderful sons to the marriage whom she loved very much. The couple was then blessed with three beautiful daughters of their own. They made their home in Gifford for 10 years and then happily settled in Eldora for the rest of their lives.

Judy was a long-time member of the Eldora United Methodist Church. She loved to bowl, golf and other outdoor activities. She was also fond of doing work in her yard. She was wonderful at needlework and crafts and loved all the time she spent doing them. Her true joy in life was her family, especially her children and grandchildren.

To order memorial trees or send flowers to the family in memory of Judy Martin, please visit our flower store.