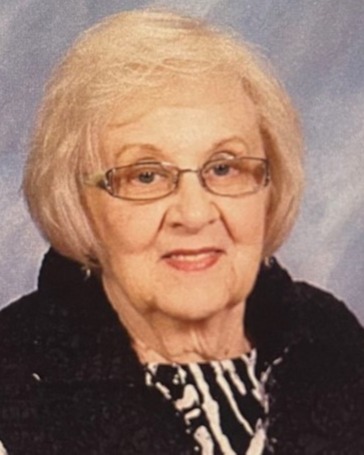 Joylyn Jeanette Stoehr, 86, was called home by her Lord on January 15, 2023 while residing at Scenic Manor Living Community in Iowa Falls, IA.

Joylyn was born on August 1, 1936, to Wilbur and Jeanette (Moore) Baker in Eldora, IA.  She was raised on a farm near Whitten where she attended school.  After graduation from Whitten High School in 1954, she studied in Waterloo to become a beautician.   When she finished her studies, she began a beauty shop in Wellsburg, IA.

In 1958, she married Gary Stoehr from Wellsburg and they had one son, Gary Stoehr, Jr.  They were later divorced.  Joylyn continued her career as a beautician in Eldora.  Her beauty shop remained opened until she retired just a few years ago.

Joylyn was a devoted mother.  After Gary Jr. was seriously injured in a car accident at an early age, she became not only a devoted mother but a mother that provided everything she could in resources, faith, love and encouragement for Gary to maintain an independent and productive life for years.

Joylyn was a natural for working with the public.  She thoroughly enjoyed her work.  Her positive personality and love of people filled her days.  She was grateful for having so many people cross her path in doing what she loved to do.

Joylyn also was a sports fanatic.  She loved football and basketball.  She became a faithful Cyclone fan watching her nephew, Tim, play for Iowa State.  When he was finished with school, she wasn’t finished with sports.  She had season tickets to Cyclone games for years.  Basketball, football, men, or women didn’t matter, she was rooting for them all the way.

Most of all, Joylyn loved her Lord and Savior and was ready whenever it would be time for her to be called home.   Joylyn was always thankful for those who cared for her when she could no longer be independent.  She expressed her gratitude for people until the day she left us.

She is survived by her brothers, Mervin (Helen) Baker, Grundy Center, David Baker, Ames and a sister, Linda (Ed) Farkas, Iowa City and many nieces and nephews.

Joylyn was preceded in death by her parents, Wilbur and Jeanette Baker, sister Alice Crowley and son Gary Stoehr Jr.

In lieu of flowers, memorial donations may be directed to the Eldora Public Library or charity of your choice.

To order memorial trees or send flowers to the family in memory of Joylyn J. Stoehr, please visit our flower store.