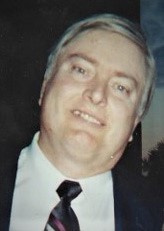 Joseph “Wade” Rose, 76, left to go fishing in heaven Tuesday, August 21, 2018 from the Cedar Valley Hospice House in Waterloo.  A Celebration of Life for Wade will be held on Saturday, August 25th from 12:00 PM to 2:00 PM at the Grundy Center Community Center Legion Room, where lunch will be served.  Inurnment will be held privately. In lieu of flowers, memorials may be directed to Cedar Valley Hospice, 310 E G Avenue, Grundy Center, IA 50638 or to the Grundy Center Emerald Masonic Lodge 334, 707 ½ G Avenue, Grundy Center, IA 50638. Messages of condolence may be left for the family at www.abelsfuneralhomes.com . The Engelkes-Abels Funeral Home of Grundy Center assisted the family.

He was born on March 14, 1942 to Dr. Joseph and Phyllis (Carpenter) Rose. Wade was an Eagle Scout and graduated from Grundy Center High School in 1960.  While attending Upper Iowa University Wade enlisted in the Army and served for 3 years. One of those years was in Vietnam as an ambulance driver. After serving his country he returned to Upper Iowa and graduated. Wade was a Past Master of the Emerald Lodge #334 A.F. & A.M. and a Past Grand of the Tallulah Lodge Odd Fellows.

Wade was an avid outdoorsman and an excellent marksman.  He had a love for training his hunting dogs and uncharacteristically grew to love even small “yippie” dogs and a couple of stray cats that found their way to the farm.   Wade spent many summers fishing and duck hunting in Canada, deer seasons hunting in southern Iowa, prairie dog hunting in Nebraska, goose hunting in Kansas, ice fishing in South Dakota and salmon fishing in Wisconsin. He had many entertaining stories from outdoor adventures with his friends and fellow outdoorsmen.

Wade was a 45 year-old bachelor when he met Barb Sager and her 3 young kids, who he later, “stole fair and square”.  With his big heart he took to his new instant family almost seamlessly. Though his spousal and parenting skills were unconventional at times his love for his family was evident.  Wade and Barb were married on April 26, 1997 in Grundy Center.  Possibly his favorite role, grandparenthood, came later in life and softened his heart even more. Members of Neema and Papa’s sixpack were “tops in his book”.  He spoiled them with pogey bait and endless trips to Wal-Mart and often marveled how other grandparents in the world couldn’t see that HIS grandfuzzers were the best!

Wade is preceded in death by his mother, father, step-mother, Emma, and sister, Laura. As well as his dogs, Tippy, Zack, Nicki, Sheba, Sadie, Dudie, Lukie, Ty and Gulliver the cat.

To order memorial trees or send flowers to the family in memory of Joseph "Wade" Rose, please visit our flower store.
Open