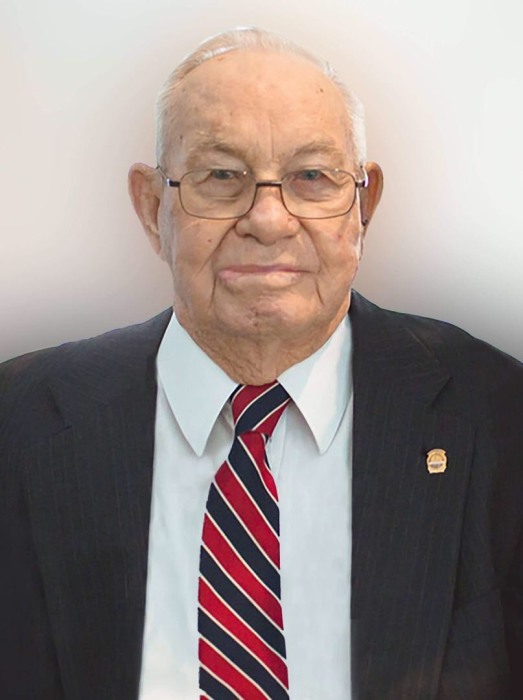 John Buskohl, 95, of Lincoln, IA, passed away on April 20, 2019, at Allen Memorial Hospital in Waterloo. A visitation will be held on Thursday, April 25, from 4-7 PM at Engelkes-Chapel in Grundy Center. A funeral service will be held on Friday, April 26, at 1:30 PM at Salem Church of Lincoln in Lincoln, IA, with Pastor Barbara Muhs officiating. Interment will follow at Maple Hill Cemetery in rural Gladbrook with military honors. Memorials may be directed to the church or to the family to be donated to a cause of their choosing at a later date. Abels Funeral And Cremation Service, Engelkes-Chapel is taking care of John and his family. Online messages of condolence may be made at www.abelsfuneralhomes.com.

Johnnie “John” Buskohl Jr. was born on November 30, 1923, in rural Holland to his parents John Sr. and Helen (Halfwasen) Buskohl. John attended Grundy Center High School, graduating with the class of 1943. John answered the calling of his country, joining the Army during WW2 and was stationed in Germany and Italy with the 1st Armored Division. After coming home from the war, John returned home to farm. He was united in marriage to Lois “Gail” Clarke on February 14, 1949, at the Methodist Church in Conrad. They made their home together on the farm north of Holland, later moving to Lincoln in 1960 where John continued to farm. He eventually retired from farming in 1976, worked at Lincoln Equipment until 1983, and finally retired from the Iowa Veteran’s Home in 1988.

John had many likes and hobbies including gardening and canning. He enjoyed watching baseball and was a Minnesota Twins out of association. John liked to work with his hands, and built things out of wood, making model barns for his children. He loved his family and cherished the time that he could spend with his children and grandchildren. John was very proud of his German heritage and helped to found the Ostfriesen Society in Wellsburg. He went on the first Honor Flight on June 22, 2010, which he was very proud of.  He was a past member of the Lincoln city council, Amvets, Lions Club, Gladbrook American Legion, and was involved with the Lincoln Fire Department for many years.

To order memorial trees or send flowers to the family in memory of John Buskohl, please visit our flower store.