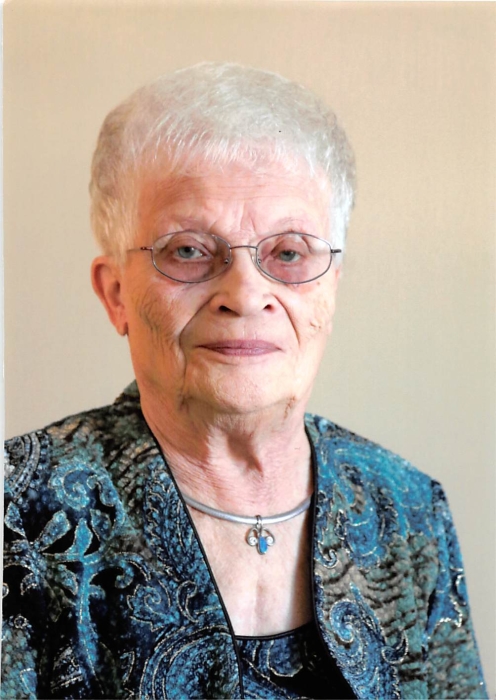 Jo was born on March 11, 1930, on the family farm in Palermo Township, IA, the daughter of Herman & Ubena (Rozevink) Beenken. She attended country school through the 8th grade and continued living on the family farm, helping with chores and taking care of her family. On February 24, 1951, Jo was united in marriage to Eugene Shuey. The couple were blessed with 5 children. The two later divorced. On February 21, 1970, Jo married William “Bill” Garrett in Missouri and welcomed son William into their family. He preceded her in death on December 24, 1994.

When Jo’s children were older, she began her working career outside of the home at many local businesses in Grundy Center that included Bill’s Restaurant, High Hopes, Skandia Inn, where she worked as the manager, Christo’s and lastly Family Foods, where she worked in the deli for over 17 years, where she retired. Jo loved cooking and was known for making her famous baked beans, fried bread and ‘Jo’s Potato Salad’. In her younger years, Jo enjoyed caring for her neighborhood kids. Jo was a hard worker her entire life. She enjoyed meeting the public and made many lasting relationships throughout her life. She will be deeply missed by those she leaves behind.

To order memorial trees or send flowers to the family in memory of Johanna "Jo" Garrett, please visit our flower store.
Open