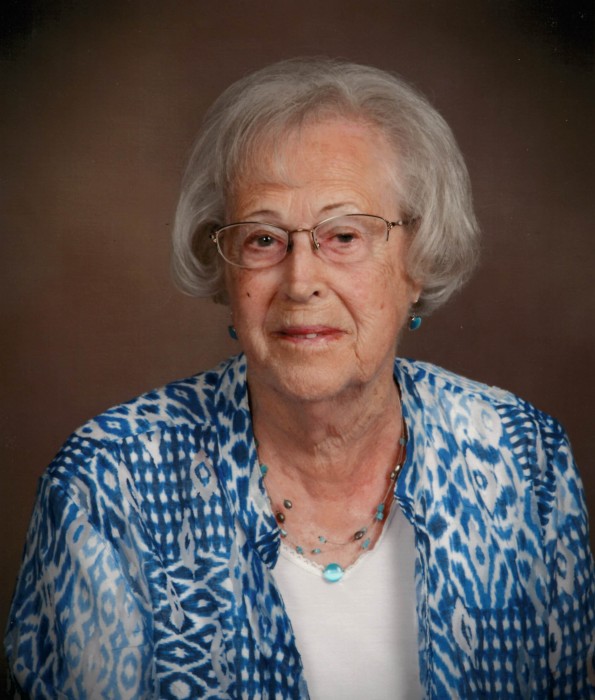 Johanna Schmitt, 95, of Cedar Falls, formerly of Dike, passed away on August 15, 2019, at Western Home Communities in Cedar Falls. A visitation will be held on Monday, August 19, from 5-7 PM at Dike-Chapel in Dike.  A funeral service will be held on Tuesday, August 20, at 10:00 AM at Pleasant Valley Reformed Church in rural Holland (Fern) with Pastor Rick Vollema officiating. Visitation will resume at the church an hour before the service. Interment will be held at Rose Hill Cemetery in Grundy Center. Memorials may be directed to Cedar Valley Hospice or Western Home Communities. Abels Funeral and Cremation Service, Dike-Chapel is caring for Johanna and her family. Online messages of condolences may be left at www.abelsfuneralhomes.com.

Johanna Josephine (Meester) Schmitt was born on November 26, 1923, to her parents Henry H. and Grace (Meyer) Meester in rural Grundy County. Johanna was raised on a Grundy County farm and educated in a one room school house, graduating from the 8th grade. On January 22, 1942, Johanna and Cornelius Alvin Schmitt were united in marriage in the parsonage at Pleasant Valley Reformed Church (Holland, IA.) They made their home on a farm in rural Dike to raise their family. Johanna was active in the farming operation driving tractor, hauling grain, feeding animals, and helping with the milking. Always active with her hands, Johanna became an expert in ceramics, cross stitching, and hand quilting (making an estimated 100 quilts.) She baked thousands of pies over her lifetime, many for church functions.  Cornelius and Johanna became active in and enjoyed square dancing; for 30 years, they would travel across the country attending square dancing conventions. Following their retirement in 1984, Corny and Johanna spent their winters in Florida and traveled throughout the U.S. as well as Europe and Israel. Johanna was a life-long member of Pleasant Valley Reformed Church.

To order memorial trees or send flowers to the family in memory of Johanna Schmitt, please visit our flower store.