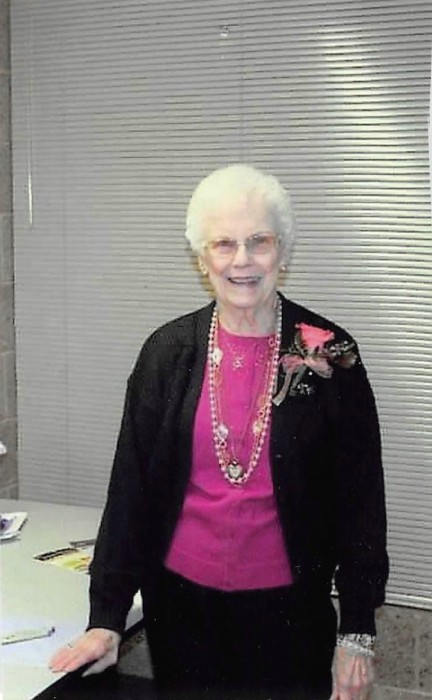 Johanna “Jo” Coffman, 92, of Grundy Center, formerly of Reinbeck, passed away on January 19, 2019, at Creekside Senior Living in Grundy Center. Visitation will be held on Wednesday, January 23, from 5-7 PM at French-Hand Chapel in Reinbeck. A funeral service will be held on Thursday, January 24, at 10:30 AM at First Baptist Church in Grundy Center with Reverend John Mathew officiating. Visitation will resume at the church at 9:30 AM. Interment will follow at Washington Township Cemetery outside of Morrison. Memorials may be directed to the family to be donated to a cause of their choosing at a later date. French-Hand Chapel is taking care of Jo and her family. Online messages of condolences may be made at www.abelsfuneralhomes.com

Johanna Coffman was born on February 12, 1926, to her parents Lutjen Sr. and Mary (Uhlenhopp) Beenken in Butler County, IA. Jo attended a rural one room school house outside of Grundy Center. She was united in marriage to Doyle Warren Coffman on March 23, 1946, at the United Church of Christ in Reinbeck. Doyle and Jo had three children Diane, Barb, and Rick. Jo spent her life alongside Doyle as a homemaker and mother to her children. She kept the schedule around the house and was known for her punctuality.

Jo loved quilting and sewing and was known to patch many articles of clothing for others. She loved her flowers and spending time with her family and friends. Jo was known well for her unique sense of humor. She enjoyed her daily trips for coffee and having her hair done on Fridays. Jo was a member of the First Baptist Church in Reinbeck.

To order memorial trees or send flowers to the family in memory of Johanna Coffman, please visit our flower store.