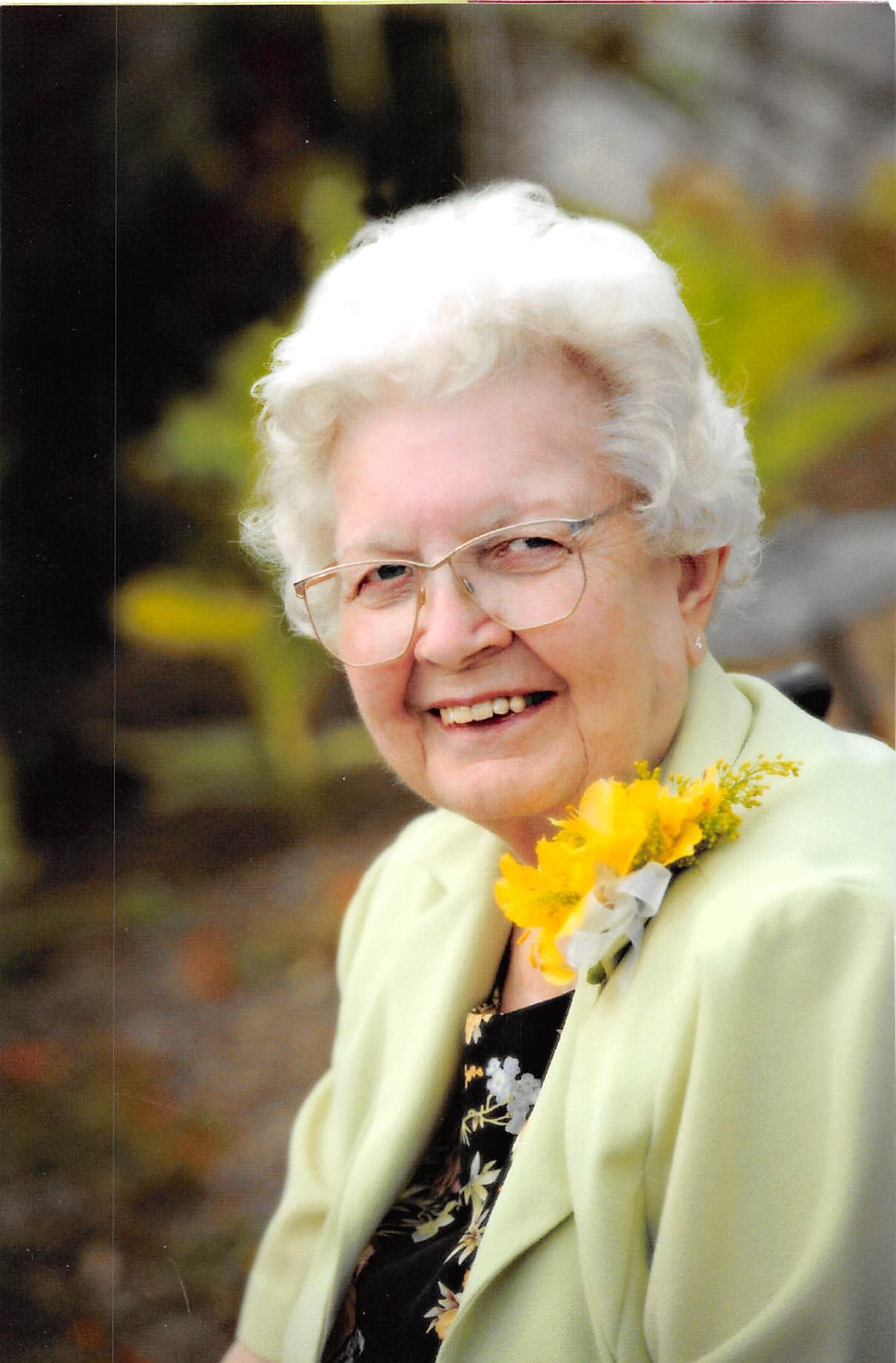 Joanne "Genie" Eugenie Orgel, 87, of Eldora, Iowa, passed away on Tuesday, July 26, 2016 at Eldora Specialty Care. Visitation will be held from 5:00 pm until 7:00 pm on Friday, July 29, 2016 at the Creps-Abels Funeral Home in Eldora. A funeral service will be held at 10:30 am on Saturday, July 30, 2016 at St. Paul Lutheran Church in Eldora. Burial will follow at the Eldora City Cemetery. Memorial may be directed to the St. Paul Lutheran Church, Musical Organ Fund.

Genie was born on April 8, 1929 in Omaha, Nebraska to her parents Eugene and Gertrude (Schonberger) Smith. She graduated from Eagle Grove High School in 1947. Genie was united in marriage to Carl H. Orgel on April 24, 1948. Together they welcomed three children into their family. Genie worked for two local pharmacies as a sales clerk and Farm Services in Eldora.

Genie was a long-time member of St. Paul Lutheran Church in Eldora. She served the church as a Sunday school teacher, a choir member and in the church quilting circle along with many other church activities and responsibilities.

Genie was active in her community. She was a Girl Scout and Cub Scout Leader. Genie also worked with the Meals on Wheels and the Fellowship Meals programs. Later in life she would visit her friends and neighbors in the nursing homes to brighten their day. Genie loved music and even recorded a song when she was in high school. Her true joy in life came from spending time with her family.

Genie is survived by her son Don (Judy) Orgel of Eldora; daughter Lori (Earl) Janssen of Severna Park, Maryland; 4 granddaughters; 5 great-grandchildren; a great-great-granddaughter; her brother Eugene Smith, Jr. and many nieces and nephews. She was preceded in death by her parents; husband Carl and her daughter Jane Chinn.
To order memorial trees or send flowers to the family in memory of Joanne Orgel, please visit our flower store.