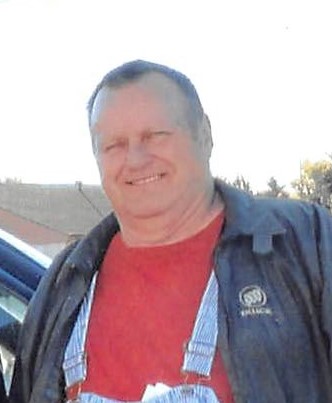 James Ronald “Ron” Hazelwood, 77, of Eldora, passed away peacefully Saturday June 22, 2019, at the nursing home in Zearing, Iowa, surrounded by his family. A visitation will be held on Friday, June 28, 2019, from 5-7 PM at Creps-Chapel in Eldora. A funeral service will be held on Saturday, June 29, 2019, at 1 PM at Creps-Chapel in Eldora. Visitation will resume from the evening prior at 12 PM. Inurnment will be held at a later date. Abels Funeral And Cremation Service, Creps-Chapel is caring for Ron and his family. Online messages of condolences may be made at www.abelsfuneralhomes.com.

Ron was born August 9, 1941, in Owasa, Iowa, to Robert and Eleanora Hazelwood. He got out of doing heavy work around the farm by claiming a hay fever allergy, according to his brother, Dick. He graduated from Steamboat Rock High School in 1959. Ron enlisted in the National Guard, serving his country proudly.

1973 was a big year for Ron, as he married Denise and they started building a house together.  He also started his business, Eldora Plumbing and Heating, where he used his hard work, honesty, and charm to win the hearts of little old ladies around town who would insist he was the only one who could fix anything.  He also enjoyed frequent, some would say too frequent, coffee breaks at HyVee, discussing the latest news.  He liked driving around in the early morning hours, much to the dismay of the deer who had to throw themselves out of the way as he roared through.  He loved collecting cars, motorcycles, traveling, snowmobiling, and teaching all of his kids and grandkids how to drive, possibly before they were legal, on the gravel roads. Ron served on the Eldora Fire Department for a number years.

He is survived by his wife of 46 years, Denise; his children, Todd, Joy, and Jane; his grandchildren Matthew, Larissa, Jeffrey, Austen, and Erin; his great-grandchildren Mason, Bennett, and Lilly; his siblings Mary Lou, Dick, and Sue; his sisters-in-law, Nancy and Vicki; and many nieces and nephews.

He is preceded in death by his parents, Robert and Eleanora, his daughter Nancy, and his brother, Roger (Leah).

The Hazelwood family would like to extend a warm thank you to the staff and residents at Zearing Health Care Center for the excellent care and compassion that they gave Ron and the family.

To order memorial trees or send flowers to the family in memory of James "Ron" Hazelwood, please visit our flower store.