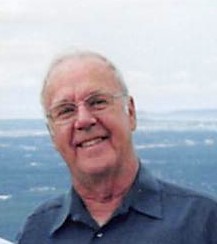 James “Jim” William Pagel, 89, of Eldora, went to go fishing with the lord on December 5, 2019, at his residence in Eldora with his loving family by his side while under the care of Iowa River Hospice. A visitation will be held on Monday, December 9, from 5-7 PM at Creps-Chapel in Eldora with a scripture service and time of memories at 6:30 PM. A Mass of Christian Burial will be held on Tuesday, December 10, at 10:30 AM at St. Mary’s Catholic Church in Eldora with Father Kevin Earleywine officiating. Visitation will resume an hour prior to the service at the church. Inurnment will take place at St. Mary’s Catholic Cemetery in Eldora at a later date with military honors. Memorials may be directed to the family to be donated to a cause in honor of Jim at a later date. Abels Funeral and Cremation Service, Creps-Chapel is caring for Jim and his family. Online messages of condolences may be made at www.abelsfuneralhomes.com.

James William Pagel was born on August 9, 1930, in Eldora, to his parents Harry and Bernice (Haney) Pagel. He attended and graduated from Eldora High School with the class of 1949, holding the record for the 880 (half-mile.) He was married to Rita Joan Saylor on September 6, 1951, at St. Mary’s Catholic Church in Eldora. Jim enlisted in the National Guard upon graduation of high school; later, transitioning to active duty service in the Army in 1956. He served his country with honor and distinction for many years, being stationed across the globe in notable locations such as Germany, Okinawa, New Jersey, Texas, Anchorage Alaska, El Paso, and North Carolina. Jim retired as a CWO3 after working his way up the enlisted ranks and left the army in 1976 after many years of faithful service to his country.

After his retirement from military service, Jim and Rita returned to Eldora where home was calling. Jim worked a number of jobs and officially retired after 10 years of service to the USPS. He was a man of many talents and possessed the hands and knack to create beautiful works of art from wood. Jim made anything from furniture to spoons for friends and family and enjoyed sharing his works of art with others. He was also an avid fisherman, traveling to many destinations including Mexico and Alaska looking to land “a keeper.” What was truly important to Jim though, was his family; Jim was a family man through and through, working tirelessly to provide for them and make sure they were loved and cared for. He loved and cherished the time he was able to spend with his wife, children, and grandchildren. He will be missed dearly by his family and those that knew him.

To order memorial trees or send flowers to the family in memory of James "Jim" Pagel, please visit our flower store.