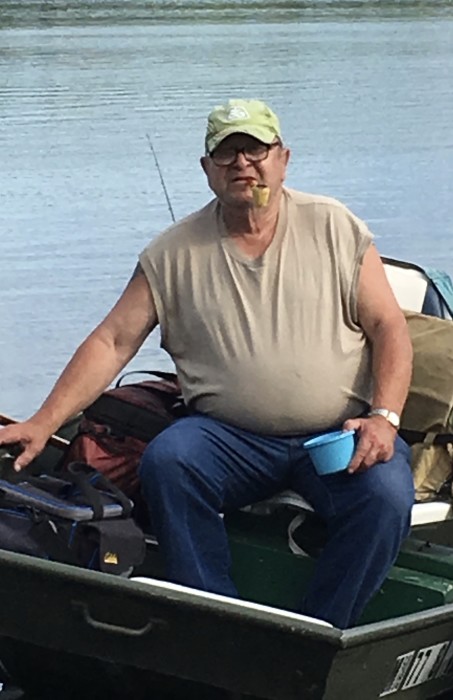 James “Jim” William Ernest Heideman, 80, of Grundy Center, passed away at his daughter’s home in Grundy Center on April 22, 2020, while under the care of Cedar Valley Hospice. To protect the health and safety of all, services are currently being limited as required by state and local authorities and the CDC. Expressions of sympathy during this time can be left on the condolences page available with the obituary on our website. Check the funeral home website for the latest COVID-19 update. A private visitation and inurnment at Maple Hill Cemetery will be held for Jim. The family will hold a gathering in the future. Memorials may be directed to the family to be donated at a later date. Abels Funeral and Cremation Service, Engelkes-Chapel is caring for Jim and his family. Online messages of condolences may be made at www.abelsfuneralhomes.com.

James William Ernest Heideman was born on March 27, 1940, in Waterloo to his parents Henry and Clara (Sommerfelt) Heideman. Jim persued his education till high school when he left to start working around the 9th grade. He initially started his working career at Rath Packing for a short time. He would be united in marriage to Audrey Melinda Louise Delfs on November 22, 1959, at the American Lutheran Church in Grundy Center. They would welcome four children into their home: Lisa, Mike, Sue and Amy. Jim was a “jack of all trades”; the family lived in Wisconsin for a short period where he worked at the Case IH production plant. They would return to Iowa where he worked at Swift Packing in Marshalltown. Jim later started his career as an OTR trucker, working for Gray Transportation. While working his various jobs, he also helped many farmers in the fields. Jim would go on to retire in 2010 after many years of hard work.

Jim was a man of many hobbies, he enjoyed fishing, racing, watching a good western, country music, enjoyed an ice-cold beer, watching professional wrestling and was an avid Green Bay Packers fan. To the dismay of his children, Jim could play the accordion and enjoyed listening to Polka. He loved spending his time outdoors and camping. His best time was spent with his family and friends. Jim was a member of the American Lutheran Church in Grundy Center. He will be missed dearly by those that knew him.

To order memorial trees or send flowers to the family in memory of James "Jim" Heideman, please visit our flower store.