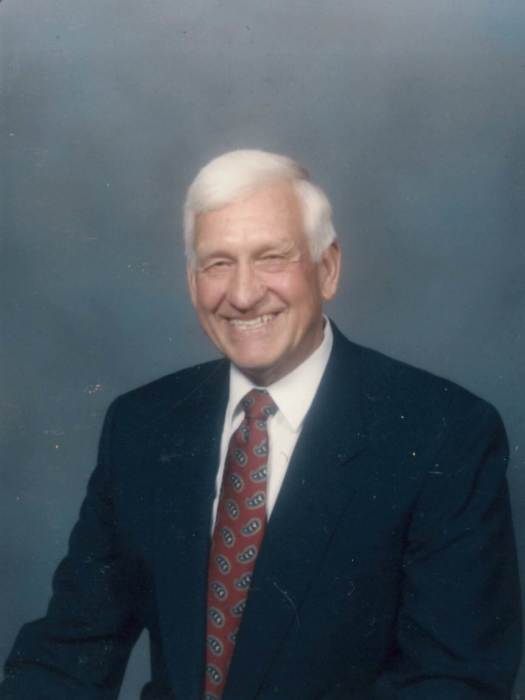 James E. “Jim” Willms, 86, of Cedar Falls, Iowa died Friday, July 6, 2018 at Unity Point Health Allen Hospital in Waterloo, Iowa.  A visitation for Jim will be held from 5:00 p.m. to 7:00 p.m. on Monday, July 9, 2018 at Engelkes-Abels Funeral Home in Grundy Center, Iowa.  A funeral service will be held at 10:30 a.m. on Tuesday, July 10, 2018 at the First Baptist Church in Grundy Center with visitation resuming at the church at 9:30 a.m.  Burial will follow the service at Rose Hill Cemetery in Grundy Center with graveside military honors conducted by the American Legion Post #471 of Dike, Iowa.  In lieu of flowers, memorials may be directed to the family for charities of their choosing.

James Earl Willms, son of William and Grace (Muller) Willms was born on November 3, 1931in his parent’s farmhouse in Black Hawk County, Iowa.  He received his early education in country school and then attended Parkersburg High School.   Jim served in the U.S. Army during the Korean War where he was honorably discharged as a combat veteran.  On March 10, 1957, he married Gloria Buus at the Bethany Presbyterian Church in Grundy Center. Jim farmed for many years in the Cedar Falls area before purchasing a farm near Fern in 1971.  He farmed and fed cattle for several years with his son Scott in which he named the farm Willms & Son.   Jim was a member of the First Baptist Church.  He was a very active member in the church where he served as deacon, taught Sunday school for children as well as adults and was also involved in the Awana program.  Every morning, Jim and Gloria were always faithful in their prayers and devotions.  Jim loved fishing and spending time with his family at his cabin in northern Minnesota.  He also loved attending his grandchildren’s activities, playing cards with friends and spending every moment with his loving family.

To order memorial trees or send flowers to the family in memory of James Willms, please visit our flower store.