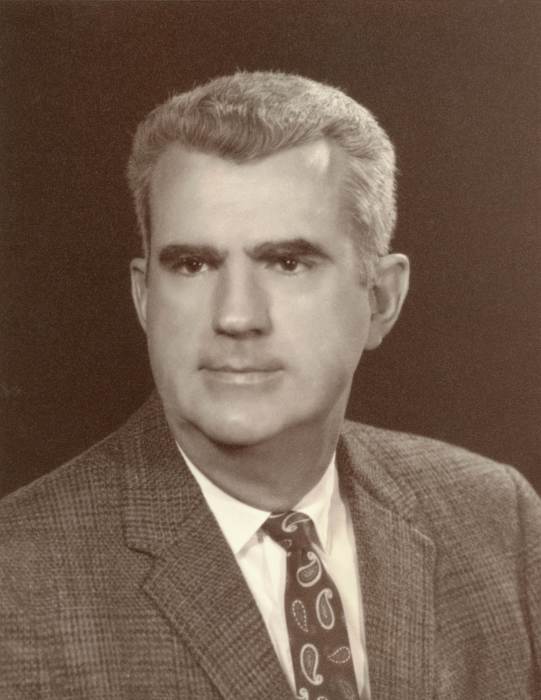 James W. Hoy, 96, of Eldora, Iowa passed away Saturday, September 15, 2018 at his home while under the care of Cedar Valley Hospice.  A rosary service will be held at 9:00 a.m. on Friday, September 21, 2018 at St. Mary’s Catholic Church in Eldora, Iowa followed by his visitation from 9:30 a.m. until 10:45 a.m.  A funeral mass will begin at 11:00 a.m. on Friday at the church with Father Tony Kruse presiding.  Burial will be held at St. Mary’s Cemetery with graveside military rites conducted by the American Legion Walter-Sayer Post #182 and V.F.W. Roll-Harless Post #3974 of Eldora.  Creps-Abels Funeral Home is caring for James and his family.

James William Hoy was born on January 26, 1922 in Owosso, Michigan, the youngest child of William and Sarah (Murphy) Hoy.  Jim attended St. Paul Catholic School in the early years, and graduated from Owosso High School in 1940.  Jim earned his Bachelor’s degree from Western Michigan in Kalamazoo, where he lettered in football and basketball as a freshman and he earned his Master’s degree in social work from the University of Michigan in Ann Arbor.  During WWII, he honorably served in the United States Army, where he spent 22 months with campaigns in the Ardennes and Rhineland.  On August 23, 1947, Jim married Virginia M. Doyle at St. Paul Catholic Church in Owosso.  To this union, two sons were born, Kevin and Timothy.  Jim started work in the correctional field, as a probation officer for the Michigan Department of Corrections in Saginaw.  Jim was a fair man who believed in equality and respect for all. Jim was proud of the fact that he broke the color barrier by hiring the first African American in Saginaw as a probation officer.  He also had the honor and privilege of meeting Rosa Parks in Detroit.  Jim and his family left Michigan when he accepted a position at the Iowa Training School for Boys as Chief Social Worker until retiring in October of 1986, after serving as the training school Superintendent from 1973 to 1986.  Locally, Jim was active at St. Mary’s Catholic Church in Eldora where he was a member of the Knights of Columbus.  He was also a member of the American Legion Post #182, 43 year member of the Eldora Kiwanis Club, W Club of Western Michigan University, and the M Club of the University of Michigan.  He also served on the Eldora School Board and later served two terms on the Eldora Public Library Board.  His hobbies included photography, travel, athletic events and history.

To order memorial trees or send flowers to the family in memory of James Hoy, please visit our flower store.