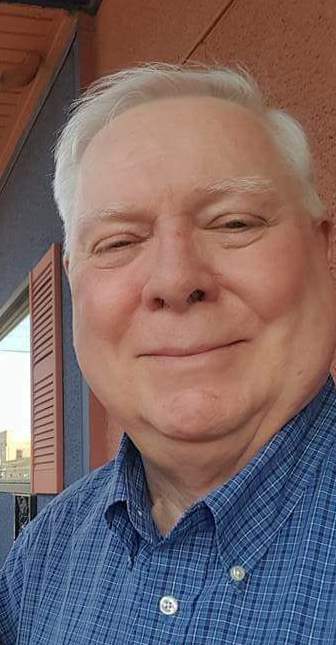 James H. “Jim” Geerdes, 78, of Wellsburg, Iowa, passed away on Sunday, August 19, 2018 at the Cedar Valley Hospice Home in Waterloo, Iowa. Visitation will be held from 5:00 p.m. until 7:00 p.m. on Thursday, August 23, 2018 at the First Christian Reformed Church, west of Wellsburg. Funeral will be held at 10:30 a.m. on Friday, August 24, 2018 at the Church. Burial will follow at the church cemetery. In lieu of fresh flowers memorials may be directed to the Cedar Valley Hospice Home, the First Christian Reformed Church or Tom & Angie VandeVoort Ministry.

Jim was born on July 7, 1940 in Eldora, Iowa to his parents Gratus & Tarana (Stubbe) Geerdes. He was raised and educated in Wellsburg, Iowa, and graduated from Wellsburg High School in the class of 1958. He then went on to attend Iowa State Teachers College, which has become the University of Northern Iowa. Jim married the love of his life, Bonita Cooper, on June 7, 1963. They were blessed with a baby boy, Mark James, in 1964 and a baby girl, Kimberly Kaye, in 1970. Jim worked for 21 years at the Pioneer Federal Savings & Loan of Mason City, working his way up to become the Vice President. Jim retired from Collision Services in Hudson, Iowa in 2014.

While Jim lived in Mason City, he was an active member of the Rolling Acres Christian Reformed Church. Jim was a current member of the First Christian Reformed Church in rural Wellsburg. Jim was a willing volunteer for local and civic activities. He enjoyed softball, golf and was an avid Iowa Hawkeyes fan. However, his true joy in life was his wife, children, grandchildren and great-grandchildren.

To order memorial trees or send flowers to the family in memory of James Geerdes, please visit our flower store.