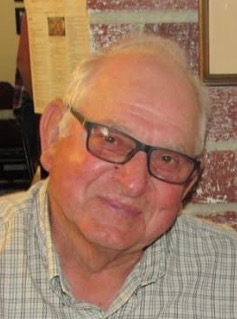 Following Jim’s wishes cremation rites have been accorded.  There will be a public outside visitation held from 4:30 – 6:30 p.m. on Friday, September 18, 2020 at the St. Paul’s Lutheran Church premise located by Wellsburg, IA.  A celebration of Jim’s life will be held at 10:00 a.m. on Saturday, September 19, 2020 also at the St. Paul’s Lutheran Church premise. Private family inurnment to follow the service.  Memorial contributions may be directed in Jim’s name to his family.  For further information please visit www.ablesfuneralhomes.com.

Jim was born on June 24, 1946 at the family home east of Wellsburg the son of August H. and Anna (Christians) Ascher. He received his education in the Wellsburg Community School district, graduating with the class of 1964. Following graduation Jim worked construction for Gethmann Construction and at Mid Equipment which led to a life of farming on the family farm.

Jim was united in marriage to Diane Faye Werkman on June 20, 1975 at the Holland Christian Reformed Church. They were blessed with two children Sara Ascher McMartin and Michael James Ascher.

Jim was a member of the St. Paul’s Lutheran Church in rural Grundy County. He was an avid fisherman and took joy going on many trips with dear friends and family.  They said there was not a fish too big or two small he could not snag unless he was with his grandchildren who enjoyed getting the biggest or first catch.  Jim could also be spotted no matter sunshine, heat, cold, rain, sleet or snow on the sidelines cheering on those he loved so dear.

To order memorial trees or send flowers to the family in memory of James Ascher, please visit our flower store.