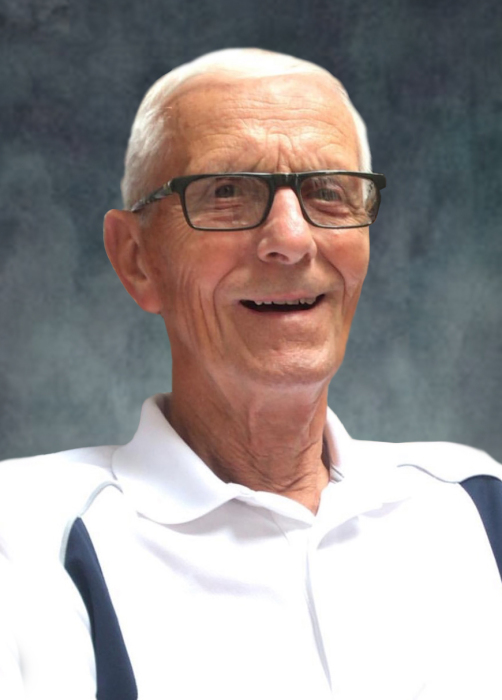 Jacobus “Jake” Lammert Hemmen, 80, of Grundy Center, Iowa, passed from this life to the next at the Grundy County Memorial Hospital, on Sunday, September 1, 2019, while under the care of Cedar Valley Hospice.  His battle with cancer was shockingly short.  He died the way he lived, confident in his faith and preferring to comfort others than being fussed over. Visitation will be held from 4:00 p.m. until 7:00 p.m. on Friday, September 6, 2019 at Abels Funeral and Cremation Service, Engelkes Chapel. A funeral service will be held at 10:30 a.m. on Saturday, September 7, 2019 at Colfax Center Presbyterian Church, rural Holland, Iowa. Burial will follow at Rose Hill Cemetery in Grundy Center with military honors conducted by Grundy Center American Legion Post #349 and AMVETS 17.  Memorials may be directed to the family, which will then be donated to Jake’s favorite charities.

Jake was born December 27, 1938 in Abbot, Iowa, son of Lammert and Fannie (Folkerts) Hemmen.  In their big family of six girls and two boys, they were sometimes short on dollars and cents, but never the wealth of an active, loving family filled with stories, shenanigans, and of course, tea time.  During a youth mixer between country churches, Jake met what would grow to be the love of his life from rival Grundy Center High School, Wava Jean Meyer.  After graduating from Ackley High School, Jake spent  two years in the United States Army stationed in Germany, while Wava completed nurses training at Allen School of Nursing.

On April 7, 1961, Jake married Wava at Colfax Center Presbyterian Church, where they were lifelong members.  After several years living in Waterloo, they made their home in Grundy Center.  Jake’s professional career centered around carpet/tile installation and insurance sales; he worked at Frederick Furniture, Schuck & Schuck Insurance, served as Grundy County Auditor, and retired from Grundy Mutual Insurance, where he managed the office.  But he never really stopped working; he still installed plenty of carpet and tile, has an insurance license which is still active, and loved his “new” job for the last 10 years of working at Abels Funeral Home.

Jake enjoyed being active in his church and the community.  He held numerous leadership roles at church, was involved in community groups and activities, and enjoyed his morning Manly Drug Store coffee group.  If you needed something done, call Jake, and he will quickly and quietly make it happen.  His forte was Wava’s “to do” lists.  Jake loved the game of golf; he golfed one week before he passed.  Along with his faith, his first love was Wava.  He was a remarkable husband, wonderful father, and crazy fun loving Grandpa.  He adored his daughter Staci and her kids, Anna and Joey.  He was very proud, supportive and loving of his family.  We have many wonderful memories of our adventures together.

This honorable and gentle man will be missed greatly by his surviving family including his wife of 58 years Wava Hemmen of Grundy Center, IA; his daughter Staci Cardamon (her fiancé Bill Perpich) of Ankeny, IA; his grandchildren Anna of Chicago, IL and Joey of Ankeny, IA. Extended surviving family include his sisters Florence Freese of Grundy Center, IA, Fannie Hilsabeck of Springville, IA and Ann Muzzy of Farmington MN; sister-in-law Kitty Hemmen of Steamboat Rock, IA; brother-in-law Gale Grabow of Burnsville, MN; and by many nieces and nephews.  He was preceded in death by his parents, an infant sister, and siblings Grace Hemmen, Hattie DeVries, Jacobina Grabow, and George Hemmen.

To order memorial trees or send flowers to the family in memory of Jacobus "Jake" Hemmen, please visit our flower store.