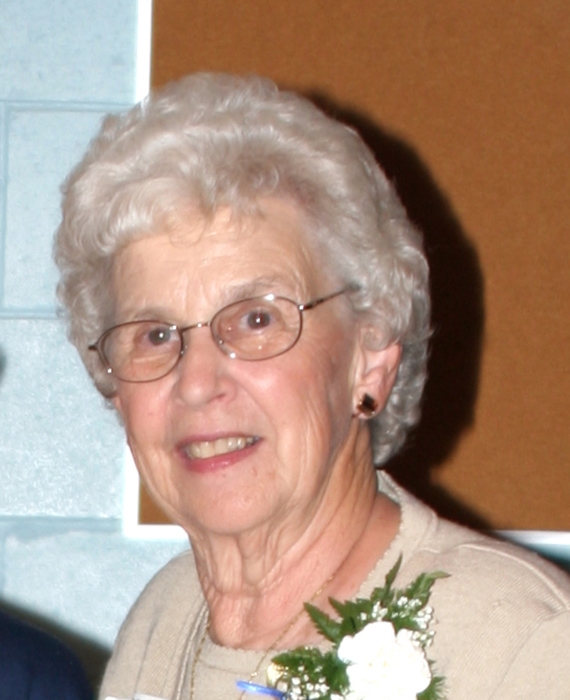 Iva Mae Crosser, 91, of Eldora, passed away on October 24, 2018 at Valley View Specialty Care in Eldora. A visitation will be held on Thursday, November 1, from 5-7 PM at Creps-Abels Funeral Home in Eldora. Her funeral service will be on Friday, November 2, at 10:30 AM at Steamboat Rock Baptist Church in Steamboat Rock with Reverend Harrison Lippert officiating.  Memorials may be directed to Dorothy’s Senior Center in Eldora or the Steamboat Rock Library. Messages of condolences may be made at www.abelsfuneralhomes.com. Creps-Abels Funeral Home is caring for Iva and her family.

Iva Mae Crosser was born on May 30, 1927 on the family farm west of Steamboat Rock to her parents Alfred and Jennie (Hoffman) Gast, the oldest daughter of 12 children. Iva attended school at Steamboat Rock and was on the girls’ basketball second team, when Steamboat won the 1943 State Championship; she then went on to graduate with the class of 1944. After graduating, Iva worked as a secretary to Kenneth Amsberry at the Steamboat Rock High School. One of the many perks of the job was traveling with the girls’ basketball squad and keeping score of the games, as well as assisting as a chaperone for the team.

Iva was united in marriage to Dean Crosser on March 21, 1946. Dean served in the United States Air Force and was stationed in Japan during the occupation after the war, working in the finance office. After Deans return from Japan, he and Iva moved to the farm in 1949, just one mile from where Iva grew up as a child. She helped on the farm while the children were still young and could be found on a tractor in the fields or helping Dean with chores. Iva started working for the Hardin County Abstract & Title Company in 1963 and worked there for many years.  Iva and Dean had three children Cheryl, Jeff, and Gary. Iva moved to Eldora in 1993 after the passing of Dean to cancer in 1990.

She enjoyed sewing, flower gardening, lawn work, knitting, crocheting and reading. She especially loved her flower gardens, and transplanted many of her plants from the farm to help beautify her home in Eldora. Eventually, Iva had so many flowers that she started to hold her annual, well known, plant sale for her excess perennials; enjoying sharing the fruits of her labor with the community. Iva was a member of the Steamboat Rock Baptist church and volunteered for many years, helping to teach Sunday school and youth groups. She was a member of the Dorcas Society and served as treasurer from 2004 to 2005 and President from 2006 to 2007. Iva was a lifelong member of the Steamboat Rock Progress club, taking part in the founding of the local library in 1959. She lived near the Dorothy’s center and enjoyed spending her time volunteering there, helping to take care of reservations for the building.

To order memorial trees or send flowers to the family in memory of Iva Crosser, please visit our flower store.