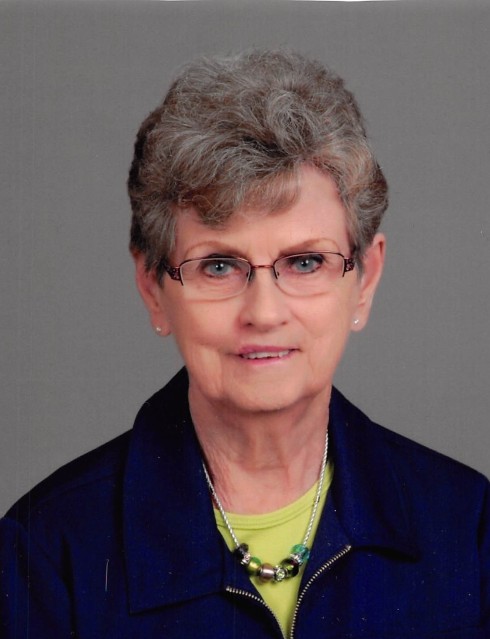 Ilene Ann Bernhardt, 86, of Dike, passed away on Friday, July 12, 2019 at the University of Iowa Hospitals and Clinics in Iowa City, following a brief illness. Visitation for Ilene will be held on Tuesday, July 16th from 4:00 PM to 7:00 PM at Abels Funeral & Cremation Service-Dike Chapel, 680 Main St., Dike, Iowa. A Mass of Christian Burial will be held on Wednesday, July 17th at 10:30 AM at St. Gabriel Catholic Church in rural Reinbeck with Father David Kucera officiating. Immediately following Mass, the burial will be held at the Elmwood Cemetery in Dike. Memorials may be directed to the family.

Ilene was born on August 14, 1932, in Decorah, Iowa, the daughter of Alfred & Inez (Strom) Halvorson. She spent her childhood in Decorah with her family where she attended school and graduated high school. On September 19, 1953, Ilene was united in marriage to James “Jim” Bernhardt in Decorah. The couple were blessed with 4 children and raised their growing family in the communities of Decorah, Grinnell, Carroll, Harlan, Ida Grove, and in 1961, they settled into their home in Dike.

For many years, Ilene stayed home and raised her children and took care of the family home but in 1971, Ilene began her bank teller career at Iowa Savings Bank in Dike, retiring in 1996. After her retirement, Ilene volunteered at the Dike school cafeteria for many years.

Outside of work and home, Ilene was a faithful member of St. Gabriel Catholic Church, where she belonged to the Women’s Circle. Ilene had a servant’s heart! She was always willing to do anything, for anybody, at any time. She never spoke a bad word about anybody and saw the good in everything. Ilene enjoyed baking, her involvement with her church, watching the Lawrence Welk Show and Wheel of Fortune, dinners with family and friends, and of course, anything purple! She was also a Cubs fan, becoming one only by marriage, her family jokes! The one thing that brought the most joy to Ilene was her family, especially her grandchildren and great-grandchildren. She will be terribly missed by her many family and special friends she leaves behind.

To order memorial trees or send flowers to the family in memory of Ilene Bernhardt, please visit our flower store.
Open