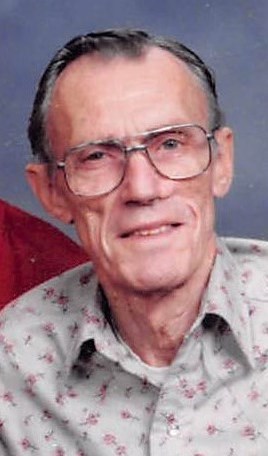 Howard H. Corwin, 85, of Reinbeck, Iowa, passed away on Friday, August 12, 2016 at Parkview Manor, in Reinbeck, while under the care of Cedar Valley Hospice. Visitation will be held from 3:00 p.m. until 5:00 p.m. on Sunday, August 14, 2016 at the French-Hand Funeral Home in Reinbeck. A graveside service will be held at 10:30 a.m. on Monday, August 15, 2016 at the Reinbeck Cemetery, with military honors conducted by the Reinbeck American Legion Action Post #242. Memorials may be directed to the family.

Howard was born on September 6, 1930 in rural Janesville, Iowa, to his parents Rodney and Dorothy (Vaughn) Corwin. He was raised and educated in Cedar Falls and graduated from Cedar Falls High School in the class of 1949. After graduation, Howard enlisted in the United States Air Force. He served his country for 4 years and was honorably discharged. Howard was united in marriage to Phyllis McIntyre on January 10, 1958 in Cedar Falls. They made their home in Morrison and then in Reinbeck. Together they welcomed three children into their family. Howard worked for many years at Rath Packing in Waterloo, Iowa.

Howard was a member of the Reinbeck American Legion Action Post #242 and the Lincoln AMEVTS Post 10. He loved woodworking, fishing and playing cards. In his earlier years he enjoyed traveling with his wife Phyllis. He especially enjoyed their trips to Las Vegas. Howard was an avid antique coin collector. He also loved to get out and about the town of Reinbeck on his scooter. However, Howard's true joy in life was spending time with his family.