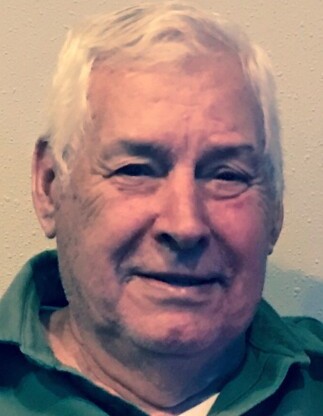 Visitation will be held 9:30 until time of funeral service 11:00 am on Wednesday, April 13, 2022, at the Abels Funeral and Cremation Service, Creps Chapel in Eldora, Iowa, with Rev. Bruce Zimmerman officiating.  Burial will follow at Sheller Cemetery.

Howard was born at the family home in rural Grundy County on September 13, 1935 to Kenneth and Carrie Cakerice.  He graduated from Whitten High School in 1953.  He was a veteran of the Korean War, serving from 1954-1955.  Returning home from the Army, he began farming on the family farm in Grundy County.  On December 13, 1959, Howard married Karen Tystahl in Radcliffe, Iowa and was married for 45 years before her death in 2005.  They had 3 children, Rochelle, Rachael and Alan.  On March 17, 2018, he married Julie Sweeney in Eldora, Iowa.

In his younger years, Howard drag raced with a ’57 Chevy and later enjoyed attending car shows.  Other favorite activities he enjoyed included showing draft ponies at the Iowa State Fair and community parades, gardening and loved attending his grandkids sporting events and cattle shows.  He was an avid Cubs and Bears fan and enjoyed traveling to visit family in Wisconsin, South Carolina, Florida, Arizona and Texas.

Memorials may be given to the Puppy Jake Foundation.

To order memorial trees or send flowers to the family in memory of Howard Cakerice, please visit our flower store.