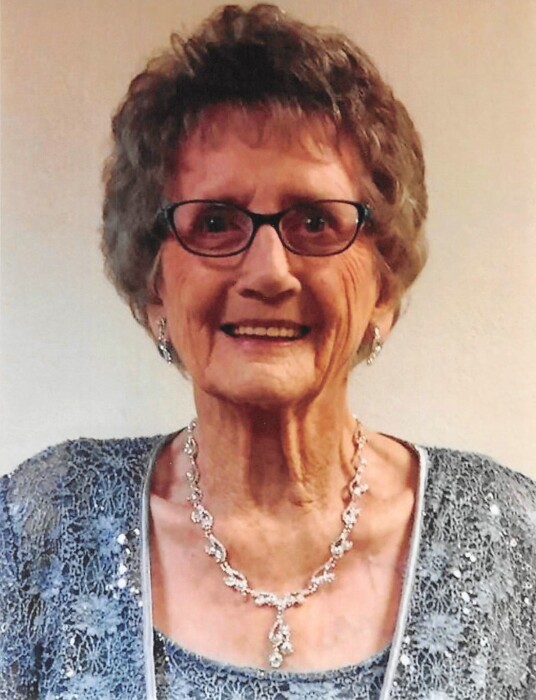 Hilda Oltman, 95, of Grundy Center, passed away on Friday, May 22, 2020, at the Grundy Center Memorial Hospital in Grundy Center. Due to the COVID-19 pandemic, to protect the health and safety of all, services are currently being limited as required by state and local authorities and the CDC. The family will hold a private visitation and interment at Lincoln Center Cemetery outside of Grundy Center, with a special tribute of “The Lord’s Prayer” by grandson Matthew Oltman. Memorials may be directed to Arlington Place in Grundy Center. Abels Funeral and Cremation Service, Engelkes-Chapel is caring for Hilda and her family.

Hilda Oltman was born on November 2, 1924, to her parents Ralph and Florence (Hector) VanderVeen at the country home near Archer, Iowa. She attended Goeway #5 Country School until the 8th grade. She was introduced to a truck driver, Ben Oltman, through a mutual friend; they would later be married on September 3, 1946, and would make their home in Dike, Iowa. Hilda was a faithful mother and homemaker, taking care of everything while Ben worked for the Grundy County Road Department as a mechanic. They would move to Holland for 4 years, back to Dike, and finally settle in Parkersburg for 15 years before Hilda transitioned to Arlington Place in Grundy Center. Later in life, Hilda worked as a waitress at both the “Barn Café” and “Hwy 20”.

Hilda was a loving mother and grandmother, one of the favorite joys that she held in her life. She loved to attend as many events for her children and grandchildren as possible. Hilda was described as “talkative” and “spunky” but even those adjectives don’t describe the woman that she was to her family, friends, and community. She loved playing cards with her friends, playing games such as “Rook” and “Up and Down the River”. Hilda was infatuated with her flower gardens and didn’t have a favorite type of flower, because she loved them all so dearly. She was always active, and people were always surprised to learn her age, and see what she was still capable of doing. Of all her interests and pursuits, there was nothing more important to her than her family. Hilda had been given the special title of “Pink Grandma” by her family, for her love of pink. Her faith was absolute, it gave her life guidance as our lord and savior directed her; she was a member of the Lincoln Center Church for over 50 years until it closed and later a member of Orchard Hill Church in Grundy Center. She was deeply involved in the Lincoln Center Church “Ladies Birthday Club” and enjoyed her time spent with her friends at church.

To order memorial trees or send flowers to the family in memory of Hilda Oltman, please visit our flower store.