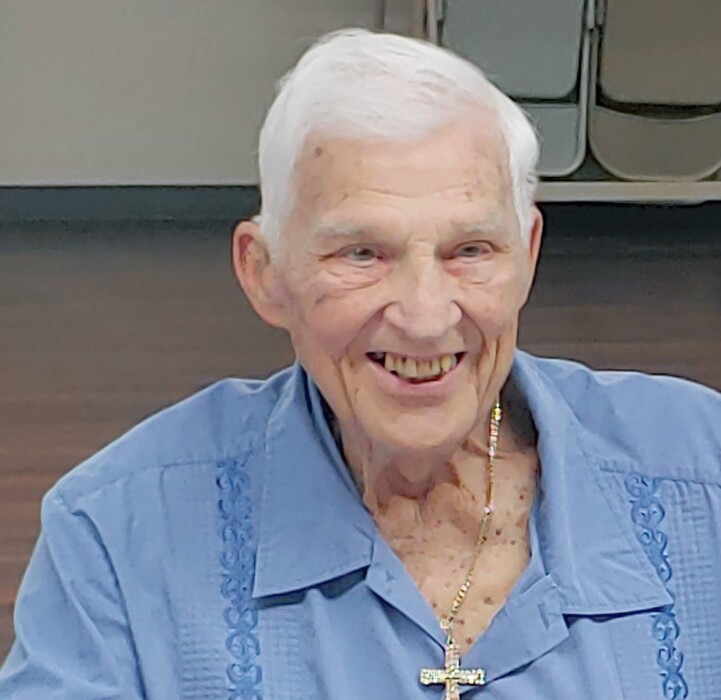 Henry Gerard Vanderzyden, age 95, of Eldora died Sunday April 3, 2022. Hank was born March 7, 1927 in Cleveland, Ohio to Henry John and Cornelia Johanna.  He graduated from Fairview High in 1945 and left for the navy on his birthday, March 7, 1945. His mother crossed the stage to receive his diploma in May.  He was stationed at Pearl Harbor and readied for the invasion of Japan. Then he sailed on the flagship of the South Pacific under the command of Admiral Halsey.

Hank graduated from Calvin College in Grand Rapids, MI where he met Verda Mae Kannegieter of Wellsburg, IA. They were married on August 19, 1949.  Hank was an accountant, farmer, insurance agent, and a vocational teacher at the State Training School for Boys in Eldora, IA. After retirement, they enjoyed wintering in Texas for over 30 years.

Hank loved spending time with his family and attending his grandchildren’s activities. His hobbies were traveling, fishing, birdwatching, singing, golfing, drinking coffee with his friends, and watching sports. As a member of the Eldora Methodist Church, he faithfully attended early morning Bible studies. He was the VFW commander of the Eldora American Legion and instrumental in the founding of Dordt College.

To order memorial trees or send flowers to the family in memory of Henry Vanderzyden, please visit our flower store.