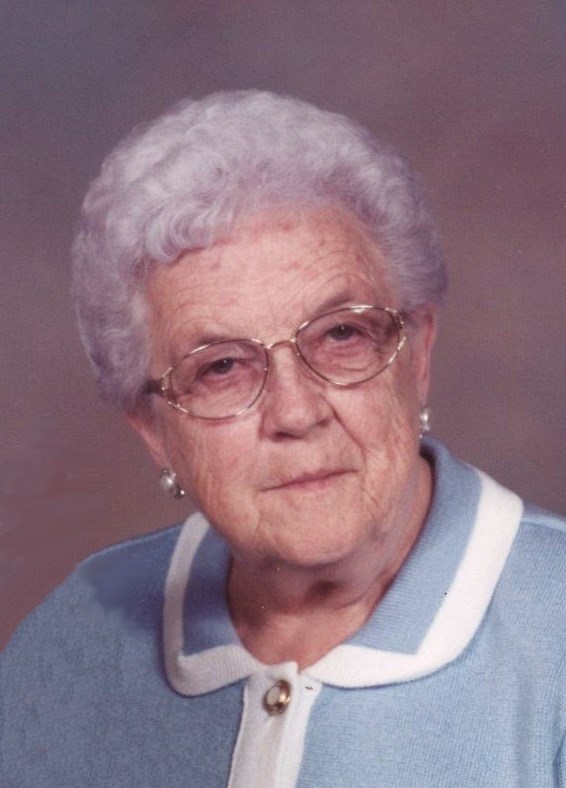 Hazel I. Harms-Pence was born March 21, 1922 in Pleasant Township in Hardin County, Iowa to Claus and Martha Jass Hansen. She was the youngest of five children. Hazel attended Eldora Public Schools, graduating in the class of 1940. She worked at Meaders Dime Store, Hardin County Treasurer's Office, was the city of Eldora bookkeeper for 6 years and was bookkeeper for Eldora Auto Parts. She married Elvin C. Harms in Eldora on October 17, 1945. They farmed east of Steamboat Rock for 42 years until the unexpected death of Elvin and then Hazel moved to her home in Eldora. Hazel was a member of St. Paul Lutheran Church, an honorary member of Ladies Aid and a member of the American Legion Auxiliary. She served several offices as an active member of Ladies Aid, was a member of the steering committee at Dorothy's Senior Center, was on the care review committee at the nursing home, an active member of the Republican Party serving as committee woman in Clay Township for 20 years or more. On September 19, 1992, Hazel married Howard W. Pence in Eldora. They continued to live in Hazel's home. Howard was a longtime friend and his first wife was a classmate of Hazel. Hazel not having any children adopted three daughters of Howard's, their families and they became a special part of Hazel's life. Her God children along with her nieces and nephews were very important to her.

Hazel was preceded in death by her parents, her first husband Elvin, her second husband Howard, two sisters and two brothers.

She leaves to mourn two nieces and two nephews, her God children, her adopted girls, grandchildren, great grandchildren and a host of friends. A special thank you to Eldora Specialty Care for their excellent care of Hazel.
To order memorial trees or send flowers to the family in memory of Hazel Harms-Pence, please visit our flower store.