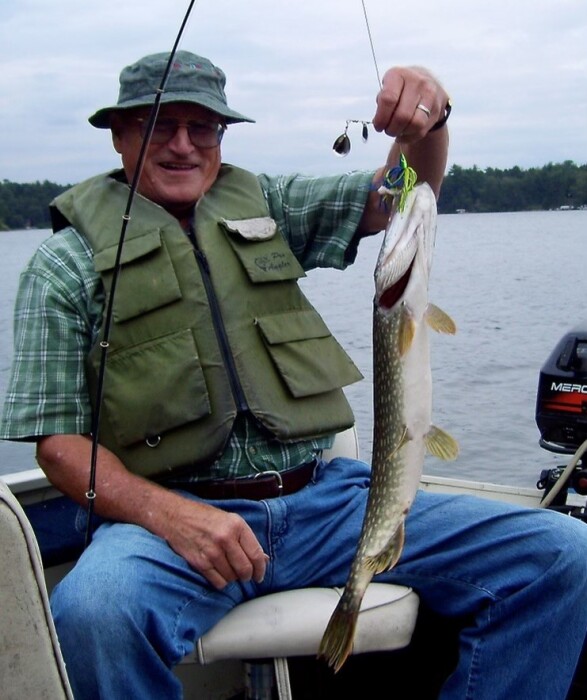 Harry Lee Lynch, 96, of Marshalltown, Iowa, passed away at the Iowa River Hospice house on Tuesday, August 30, 2022. Visitation will be held from 4:00 p.m. until 6:00 p.m. on Tuesday, September 6, 2022, at the Abels Funeral and Cremation Service, Engelkes Chapel. Funeral Service will be held at 10:30 a.m. on Wednesday, September 7, 2022, at Abels Funeral and Cremation Service, Engelkes Chapel. Burial will follow at Rose Hill Cemetery in Grundy Center. Memorials may be directed to the family.

Lee was born on July 25, 1926 to his parents Harry V. and Ella (Weiner) Lynch. He graduated from Grundy Center high School in the class of 1945. After High School Lee worked the family farm and did so until his retirement in 1990. Lee was united in marriage to Betty K. Anderson on June 7, 1982. Betty brought her son David to the marriage who Lee adored. Lee proudly served his country in the United States Army during the Korean War.

Lee loved fishing, tinkering, and was an avid woodworker. He also loved his trips with his wife, and family to their cabin in Clarke Lake, Minnesota. However, his true joy in life came from spending time with his family, especially his grandchildren.

Lee is survived by his wife Betty Lynch; step-son David (Allison) McCauley; grandchildren Leah and Sean; and many nieces and nephews. He was preceded in death by his parents; brothers Ray and Floyd; and sisters Marjorie and Marian.

To order memorial trees or send flowers to the family in memory of Harry Lynch, please visit our flower store.