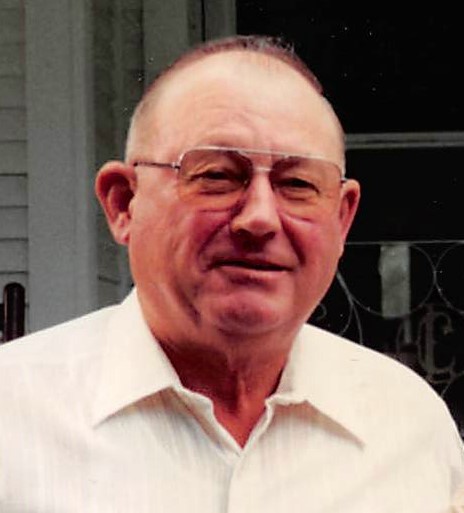 Harry Edgar Cheeseman, 93, of Reinbeck, Iowa, passed away on Friday, January 28, 2022, at Parkview Manor in Reinbeck, Iowa. A funeral service will be held at 1:00 p.m. on Monday, February 7, 2022, at St. John’s Lutheran Church in Reinbeck, Iowa. Burial will follow the funeral service at the Reinbeck Cemetery and a memorial visitation will be held following the burial, back at the church, from 2:30 p.m. until 5:00 p.m. on Monday. Memorials may be directed to the family, which will later be donated to an employee fund at Parkview Manor.

Harry was born on March 5, 1928, in rural Reinbeck, Iowa, to his parents Clarence and Amelia (Schroeder) Cheeseman. He attended Reinbeck Schools and after school he began working for area farmers. Harry married his wife Martha on August 27, 1948, and they moved to Omaha, Nebraska, where he worked as a Semi-truck driver for Purina. In 1955 they moved back to the Reinbeck area where he lived and farmed the rest of his life.

Harry enjoyed fishing, spending time with his family and wintering in Texas and Arizona; however, his true joy in life was farming. He loved being a farmer!

Harry is survived by his sons Gordon (Nancy) Cheeseman of Des Moines, Iowa, Walter (Karen) Cheeseman of Grundy Center, Iowa and Carl (Renee) Cheeseman of Reinbeck, Iowa; 8 grandchildren and 14 great-grandchildren. He was preceded in death by his parents; his wife Martha and his daughter Kathleen Blecker.

To order memorial trees or send flowers to the family in memory of Harry Cheeseman, please visit our flower store.