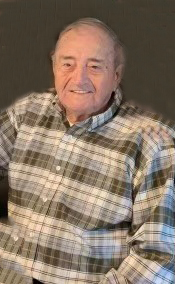 Harold Guiles, 93, of Union, Iowa died from natural causes on Thursday, September 8, 2022, at Eldora Specialty Care after a short stay.

Public graveside services for Harold will be held at Sheppard Cemetery near Union on September 15, 2022, at 10:00 a.m. with Pastor Harrison Lippert officiating. Public visitation will be held from 5:00-7:00 p.m. on Wednesday, September 14, 2022, at the Abels Funeral and Cremation Service, Creps Chapel, located at 905 Edgington Avenue, Eldora where his family will be present to greet friends. Memorial contributions may be directed to Harold’s family and will later be designated elsewhere.

Harold Guiles was born on April 23, 1929, in Eldora, the son of Earl and Elsie (Ray) Guiles. Harold graduated from 8th grade in 1944 and then went on to help his father farm.  Harold lived most of his life in rural Union. He married Colleen Steelman on August 23, 1947, in Lancaster, MO. And they had one son, Rick Guiles in 1952. Harold and his family lived in the Union area their whole lives except from 1958-1965, when they lived in Arizona.

Harold and Colleen lived on their farm outside of Union until they moved to the town of Union in 1996. Their grandson, Casey and his family continue to live on the family farm.

Harold’s favorite season was spring. He enjoyed going to the Gingersnap in Union for coffee and conversation each day. He enjoyed driving around to see what the farmers were doing during spring and fall.

He was preceded in death by his parents; his wife Colleen Guiles; son Rick Guiles; sister aunts; uncles and many other relatives.

To order memorial trees or send flowers to the family in memory of Harold Guiles, please visit our flower store.