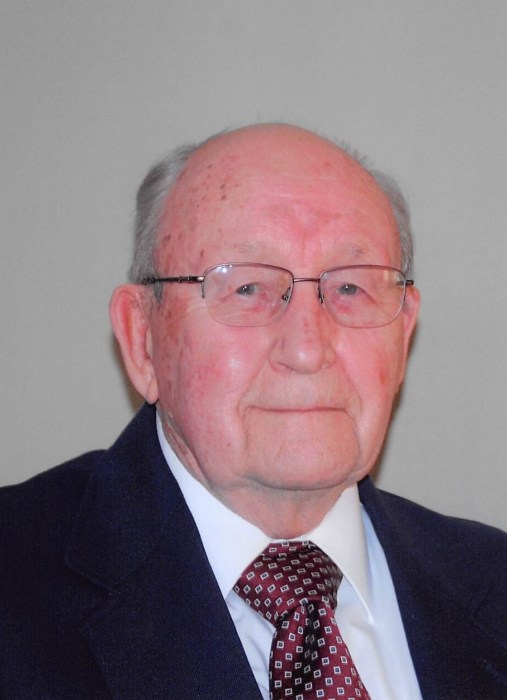 Harlan Gene Rust, 86, of Grundy Center, Iowa, passed away on Saturday, December 2, 2017 at the Grundy County Memorial Hospital. Memorial visitation will be held on Wednesday, December 6, 2017 at the Bethany Presbyterian Church in Grundy Center from 10:30 a.m. until time of memorial service at 11:30 a.m. Inurnment will be held privately by the family at Rose Hill Cemetery in Grundy Center. Memorial may be directed to the family and will be donated to various charities.

Harlan was born at home on July 29, 1931 in Holland, Iowa to his parents Harm R. & Charlotte (Claassen) Rust. He attended country school at Palermo #8 south of Grundy Center, then Colfax #9 near Wellsburg, Iowa. Harlan graduated from Grundy Center High School in the class of 1949. He was united in marriage to Lavonne “Bonnie” Cuffel in August of 1950. Together they welcomed their son Darrell Duane & their daughter Patricia Jean into their family.

After a number of different jobs, in February of 1958, Harlan began working for Ritchie Industries in Conrad, Iowa. He began as a welder and eventually became a tool and die maker, retiring after over 38 years of service as a tool room supervisor.

Harlan also did photographic work for Ritchie’s for 30 years. He was a member of the Photographic Society of America, doing custom photography and writing & illustrating articles for various magazines. He was a member of the Grundy County Sheriff’s Reserve for five years. Harlan also enjoyed fishing, hunting and target shooting. His true joy in life came from spending time with his family, especially his grandchildren and many great-grandchildren.

To order memorial trees or send flowers to the family in memory of Harlan Rust, please visit our flower store.