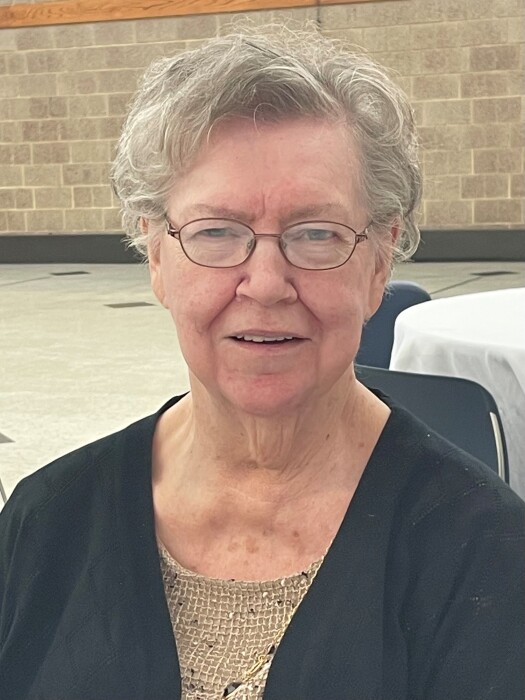 Gloria Rea Christensen, 86, of Dike, Iowa passed away on Tuesday, August 30, 2022, at the Cedar Valley Hospice Home in Waterloo, Iowa. Visitation will be held from 9:30 a.m. until time of funeral service at 11:00 a.m. on Saturday, September 3, 2022, at the Reformed Church of Stout in Stout, Iowa. Burial will be held at Elmwood Cemetery in Dike, Iowa. Memorials may be directed to the family.

Gloria was born on October 3, 1935, in Dike, Iowa, to her parents Ralph and Esther (Freese) Lovell. She graduated from Dike High School in the class of 1953. Gloria then began working for Rath Packing and later Hawkeye Steel. She then was united in marriage to her husband Dale E. Christensen on June 17, 1967. The couple welcomed 3 children into their family. Gloria then stayed home for many years until all her children were in school. She then went to work at the Grundy Care Center as a nurse’s aide, retiring in 1996 after 20 years of service.

Gloria enjoyed her quilting group at church, taking long walks and her true joy in life was found spending time with her family, especially with her husband Dale and grandchildren.

To order memorial trees or send flowers to the family in memory of Gloria Christensen, please visit our flower store.