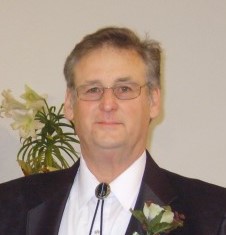 Gerald L. Sternhagen, 70, of Cedar Falls, passed away on Monday, November 23, 2020 at the University of Iowa Hospital in Iowa City. Funeral services and committal will be held privately by the family. Memorials may be directed to the family.

Gerald was born on March 31, 1950 in Cascade, Iowa; to his loving parents Merlin and Marian Sternhagen. He was raised in Farley, Iowa and educated in Earlville, Iowa. As a young man he served his country in the United States Army and was stationed overseas in Germany during the Vietnam War. Upon his honorable discharge from the Army, he returned to Iowa and was united in marriage to his first wife Frances Somers on August 18, 1973 at Sacred Heart Catholic Church in Grundy Center. Together they welcomed three children, Abbey, Gerred and Waylon into their family. Frances passed away on February 21, 1993. Gerald was then united in marriage to Kathi Paige on April 12, 2008 at the Queen of Heaven Catholic Church in Reinbeck, Iowa. They enjoyed 12 happy years together.

Gerald worked as a truck driver for various firms throughout his life, including Contract Transport in Des Moines, Iowa from which he retired. However, after his retirement he kept busy hauling grain for several years. Gerald loved country music especially Conway Twitty and Westerns especially John Wayne films. He loved spending time with his family especially his brothers. He cherished the time he spent going places with them, enjoying morning coffee together and simply being with his brothers.

To order memorial trees or send flowers to the family in memory of Gerald Sternhagen, please visit our flower store.