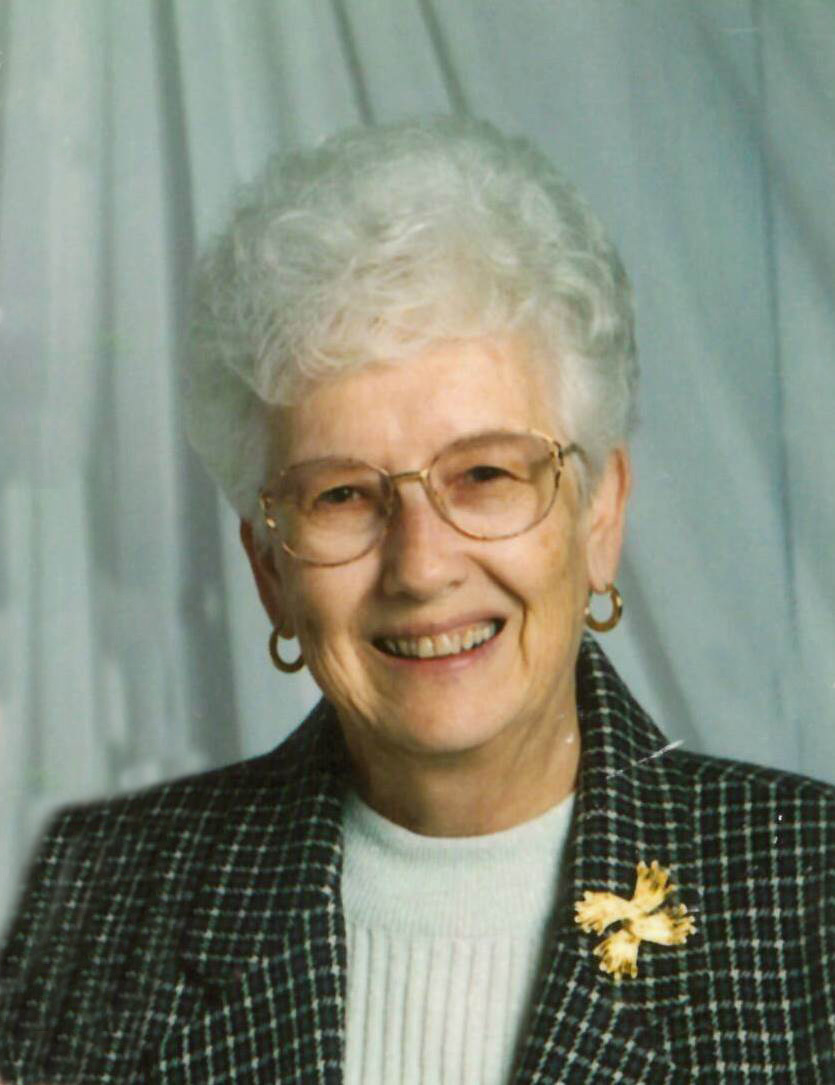 Audrey Folkerts, 86, of Eldora, Iowa passed away on Wednesday, January 11, 2017 at the Scenic Manor in Iowa Falls, Iowa. A funeral service will be held at 11:00 a.m. on Saturday, January 14, 2017 at the First Baptist Church in Eldora, Iowa with Pastor Mark Chapman officiating. Burial will follow at Steamboat Rock Cemetery in Steamboat Rock, Iowa. A visitation will be held one hour prior to her service at the church. Arrangements were made with the Creps-Abels Funeral Home in Eldora, Iowa.

Genevieve Audrey Walters, daughter of Gilbert and Ruth Bachman Walters was born on January 18, 1930 near Gifford, Iowa. She graduated from Eldora High School in 1948. On November 19, 1948 she married Harold W. Folkerts. She worked at Darzes Candy Shop before owning and operating a Hallmark Shop in Eldora for 13 years, until her retirement in 1995. She had been a member of the First Baptist Church in Eldora since 1942.

In addition to her parents, she was preceded in death by one sister, one brother, two sisters-in-law and one brother-in-law.
To order memorial trees or send flowers to the family in memory of Genevieve Folkerts, please visit our flower store.