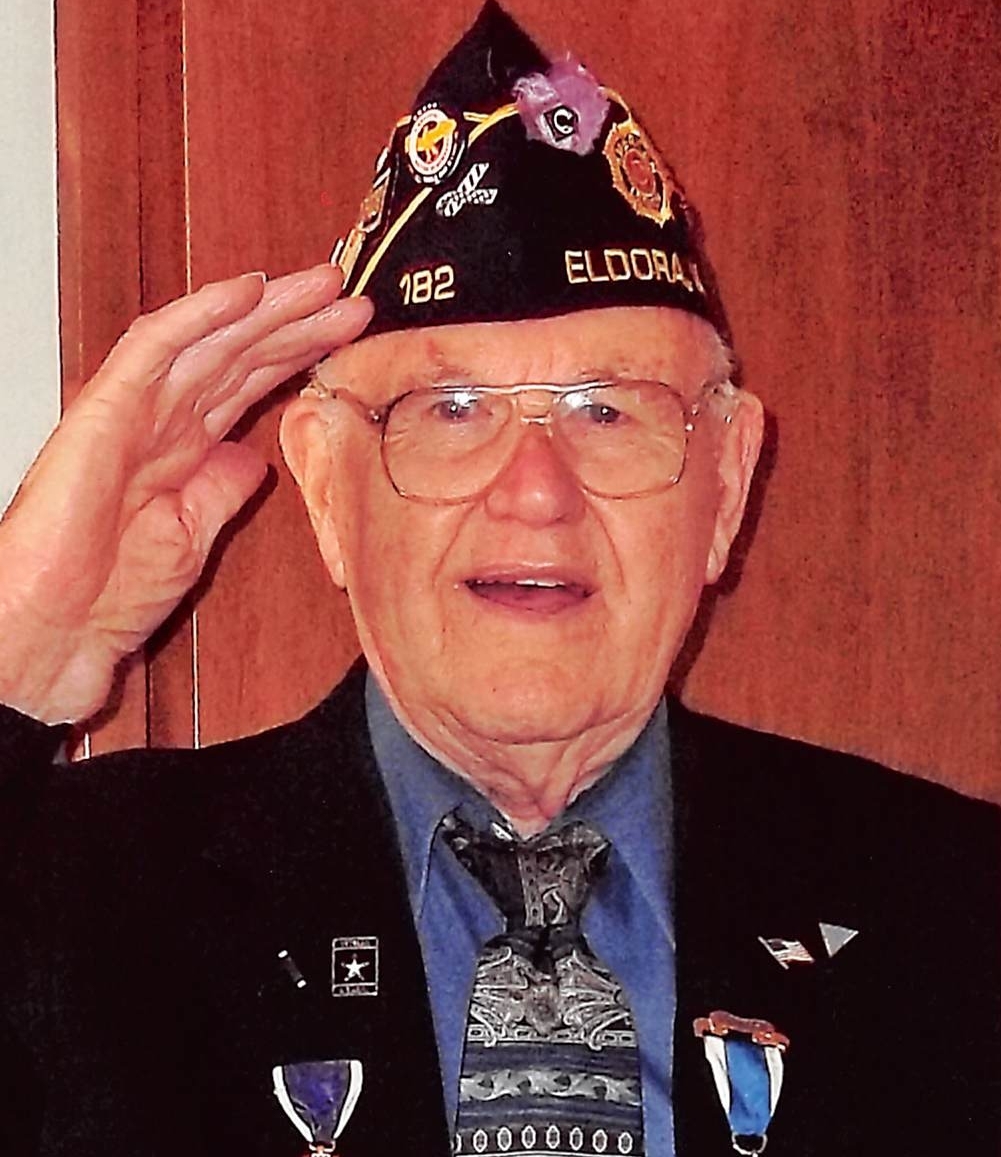 Gene was born on March 1, 1921 at Lawn Hill, Iowa. The son of Walter Raymond and Gertrude Emma Hulda (Kasischke) Foster. He graduated from the Eldora High School with the class of 1940. Gene served in the United States Army from November of 1942 until December of 1945. He served in the 11th Armored Division and was wounded during the Battle of the Bulge on New Year's Eve, December 31, 1944. He earned the Purple Heart for the injuries he sustained that day.

Gene was united in marriage to his wife Marjorie Lorraine Putnam on May 23, 1948, at St. Paul Lutheran Church in Eldora, Iowa. Together they welcomed two children into their family. Gene worked as the Executive Secretary of Soldier's Relief, which became the Director of Veteran's Affairs. He retired on May 30, 1986.

Gene was a long-time member of St. Paul Lutheran Church. He was a proud member of the American Legion, V.F.W., AMVETS, D.A.V., the 40 and 8, The Purple Heart and the 11th Armored Division. Gene served on the board of the Dorothy's Senior Center Foundation, delivered Meals on Wheels, taught flag etiquette to the youngsters at the Eldora School and even played Santa Claus in Eldora for over 30 years. In short, Gene gave much of himself to his family, country and community, and will be missed and long remembered by all who knew him.