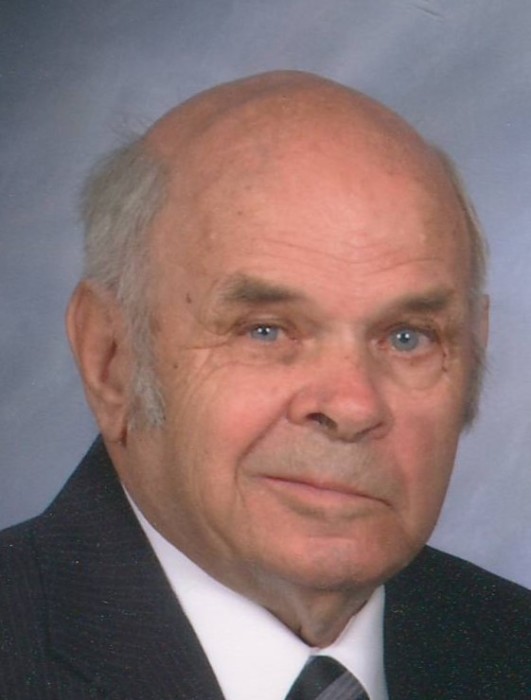 Gene A Hultman, 89, of Hudson, passed away on September 9, 2018, at the Grundy County Memorial Hospital while under the care of Cedar Valley Hospice. A funeral service will be held Thursday, September 13, 2018, at 11 AM at the Community Church of Hudson with Reverend Chip Herrera officiating. Visitation will be held prior to the service from 9:30-11 AM at the church. Interment will take place at 2 PM at the Lincoln Township Cemetery west of Voorhies. In lieu of flowers, memorials may be directed to a charity of your choice. French-Hand Funeral Home is taking care of Gene and his family.

Gene Alford Hultman was born on January 11, 1929, in Albia, IA, to his parents Paul and Laura (Cox) Hultman. Gene attended East High in Waterloo, graduating with the class of 1947. Gene was united in marriage on December 20, 1947, to Anna Jean Glasener.  Gene enlisted in the United States Naval Reserves and served his country honorably. He worked for John Deere as a mechanic before leaving to farm west of Hudson alongside Ann. Gene farmed for many years before retiring in 1990 and eventually moved off the farm into Hudson.

Gene had many hobbies when he wasn’t working on the farm. Gene was a woodworker and stock car racing enthusiast, even racing cars of his own. He enjoyed playing cards and cribbage with friends and family. Gene loved traveling with Ann, and they wintered in Florida for many years. Gene’s best time was spent with his grandchildren and great-grandchildren. He had a sweet tooth and enjoyed ice cream and home-baked cookies. Gene was known to visit with anyone who would hold a conversation with him.

To order memorial trees or send flowers to the family in memory of Gene Hultman, please visit our flower store.