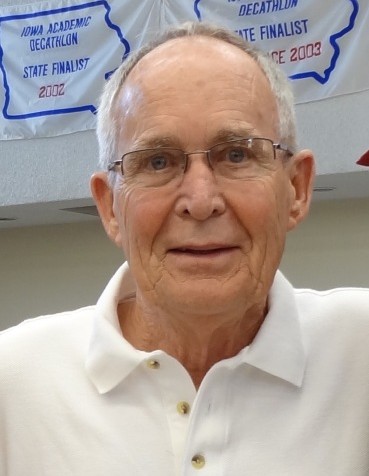 Gail Francis Niebuhr, 79, of Grundy Center, passed away suddenly, from complications of cancer, on Thursday, July 13th at the Grundy County Memorial Hospital in Grundy Center.  Per Gail’s wishes, he will be cremated and a celebration of Gail’s life will be held on Sunday, July 16th from 2:00 PM to 5:00 PM at the AMVETS Post #49, 1934 Irving St., Cedar Falls, IA. A private family burial will take place at a later date. The Engelkes-Abels Funeral Home in Grundy Center is caring for Gail and his family.

Gail was born on August 15, 1937 in Fairbank, Iowa, to his parents Harold & Edith (Bradley) Niebuhr. He grew up in Fairbank and surrounding areas, and later attended school in Waterloo. In 1955, Gail began working at John Deere. On September 9, 1956, Gail was united in marriage to Bonnie Myers at St. John’s Lutheran Church in Fairbank. After several years at John Deere, Gail enlisted in the Army Reserves and served with the 404th Signal Core, where he served from 1960 until 1966, when he went back to work for John Deere. He started there as a tractor driver, then a mechanic and worked his way up to supervisor. He retired in 1985 after 30 years of service. After his retirement, Gail and Bonnie moved to Florida. In 1992, the couple moved to Grundy Center to be near family, where they have remained until Gail’s passing.

He enjoyed golfing, boating and fishing at his favorite spot, his second home in Harpers Ferry. Gail’s most treasured past time was spending time with his family, especially his grandchildren and great-grandchildren.

To order memorial trees or send flowers to the family in memory of Gail Niebuhr, please visit our flower store.