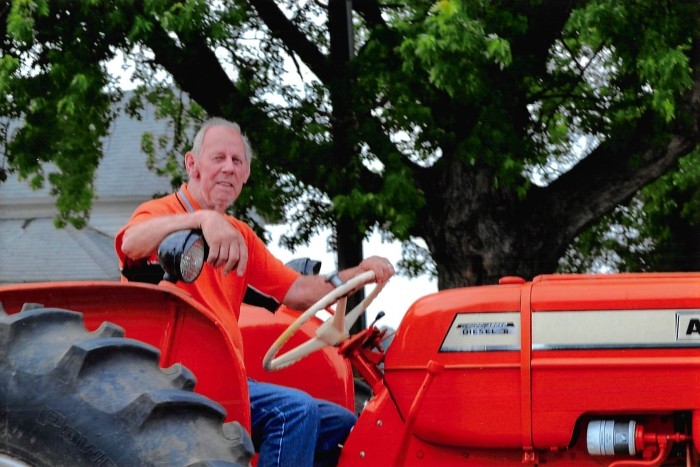 Floyd was born on June 16, 1935 to his parents Fred and Gertrude (Eckoff) Eiten. He was raised in rural Wellsburg and graduated from Wellsburg High School in the class of 1953. After high school Floyd joined the National Guard for two years and even learned to drive a Sherman Tank. Floyd worked on the family farm with his brother Arnold for many years. Although he never considered it work. To him, it was a true joy to work his farm and he did so until his passing.

Floyd was united in marriage to Myrna Van Dalen on August 10, 1962 at the First Christian Reformed Church in rural Wellsburg, Iowa. Together they made their home in Wellsburg and welcomed three children into their family.

Floyd was a long-time member of the First Christian Reformed Church in rural Wellsburg. He served the church as a choir member and as a deacon. In his earlier years he fulfilled a goal he had for himself by becoming a pilot. Later in life he traveled with his wife Myrna. They took cruises to Alaska, Hawaii and even to the Panama Canal. In his later years, Floyd enjoyed participating in tractor rides. His true joy in life came from farming and spending time with his family, especially his children and grandson. He loved to watch Trace play basketball, baseball and even football.

To order memorial trees or send flowers to the family in memory of Floyd Eiten, please visit our flower store.