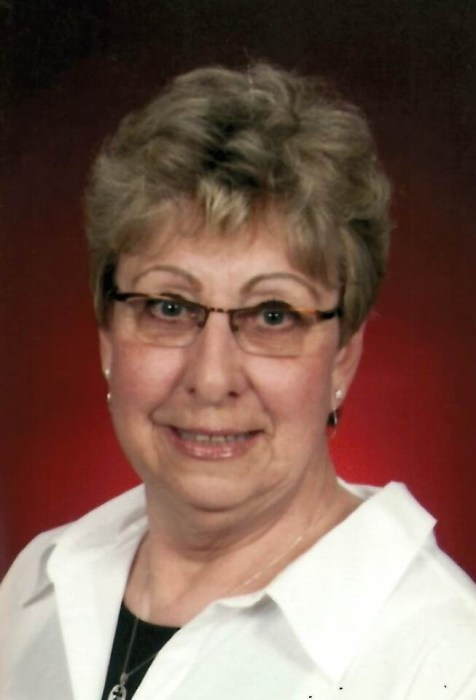 Evelyn Joyce Aswegan, daughter of Edward and Esther (Brower) Aswegan was born on January 6, 1943 in Grundy County, Iowa.  She received her education from the Grundy Center Community Schools.  On October 4, 1959 Evy married Russell “Buzz” Burdick at the United Methodist Church in Grundy Center, Iowa.  She had worked at Pronto and Casey’s General Store in Reinbeck for many years, but her main vocation was as a homemaker.  Evy was a member of the United Methodist Church in Reinbeck where she was active in Faith Circle and the United Methodist Women’s group.  She loved bird watching and puppies.  Evy also enjoyed baking, playing cards, going out to eat, ladies coffee group and stock car and drag races.  Above all she loved spending time with her grandchildren and great grandchildren.

In addition to her parents, she was preceded in death by her son, Michael Burdick; grandson, Logan Thede; sister, Lois Francis.

To order memorial trees or send flowers to the family in memory of Evelyn Burdick, please visit our flower store.